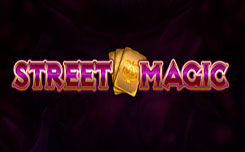 In the slot Street Magic – reigns an atmosphere of magic and tricks. The design of the game looks quite simple, the drums are placed on a purple background, and the mystical music used in the game fully conveys the intended atmosphere. 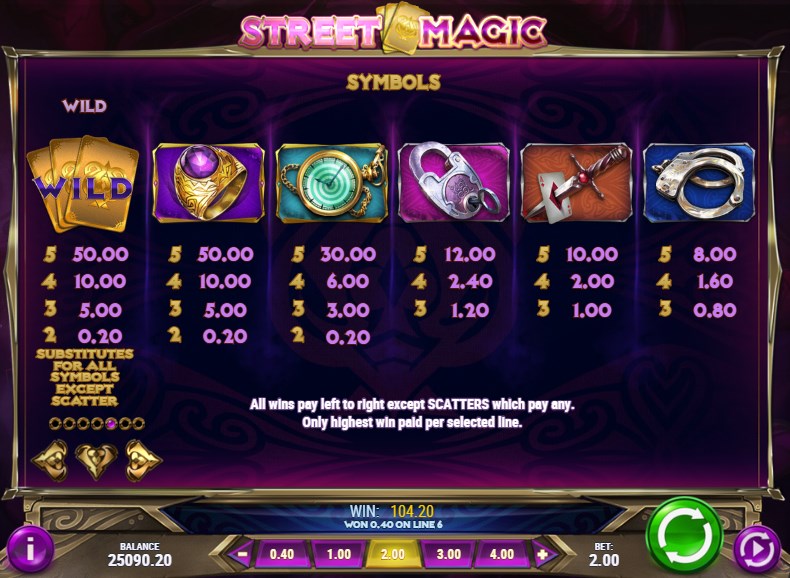 Street Magic has five reels and 20 paylines. Among the symbols you will find card suits, handcuffs, a dagger, a lock, a watch, and also a gold ring, which is the most expensive symbol in the game. Wild (three gold cards), drops out at all replaces the simple symbols in the game. The main character of the slot is a magician, is a scatter and wild symbol, drops out only on the 1st, 3rd and 5th game drum.

Magician Performances – is activated if two scatter symbols appear on the reels with the image of the magician, after which he will perform one of three tricks:

The Wild Shuffle – the mage adds 4 wilds to any slot in the slot machine, increasing your chances of getting a good winning combination; 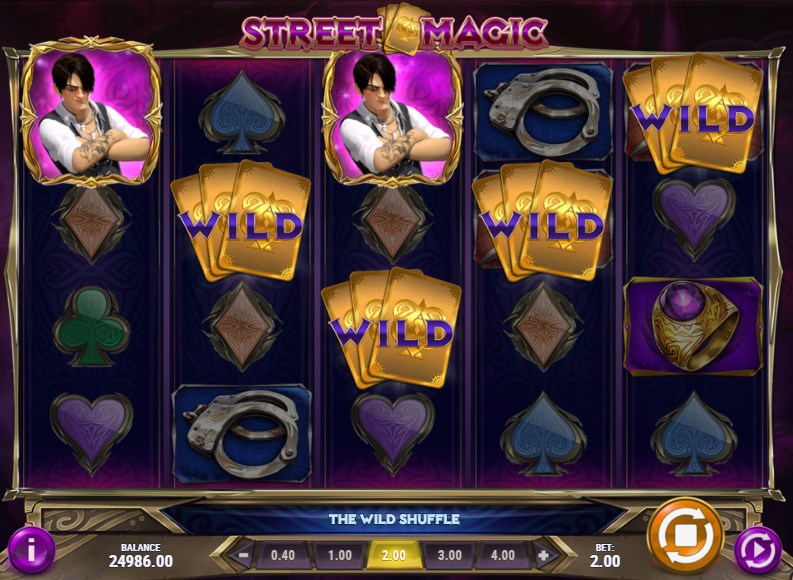 The Expanding Man – scatter symbols remain in their places, but they are stretched to the entire game drum, thereby making these drums wild; 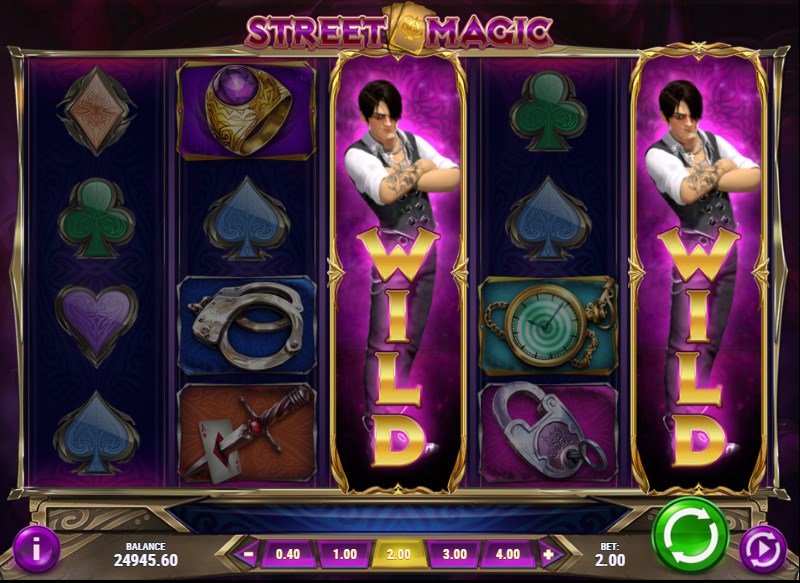 The Transporting Man – the magician does the trick, after which another scatter symbol falls on the playing drums in order to activate free spins. 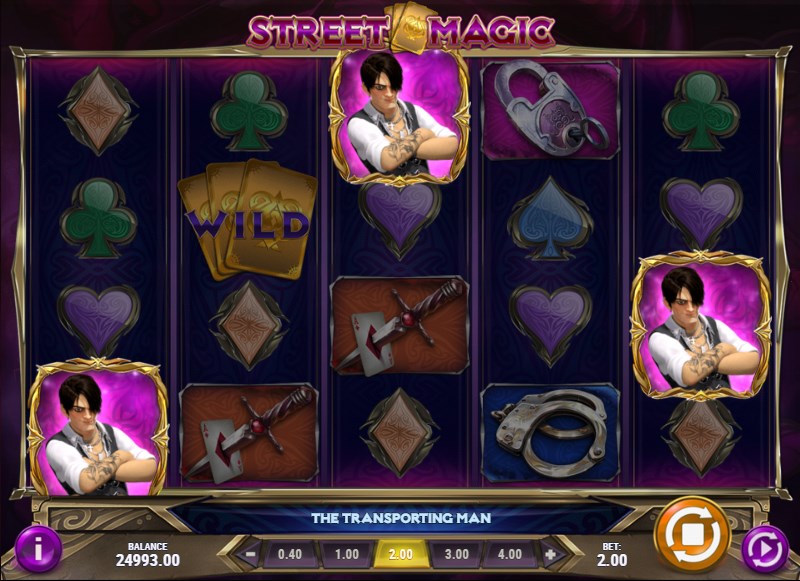 Free spins – activated in two ways, the first via Magician Performances, the second – if there are three scatter on the reels. Before launching free spins, three upturned cards appear on the screen, behind which are the number of possible free games, they can be 8, 10 or 12. During the free spins function, all the emerging wild symbols will be locked in place until the end of the round. If you are lucky and on all 5 game drums there will be a wild image, you will be asked to choose one of the cards again, only this time the number of free spins will be 4, 6 or 8. 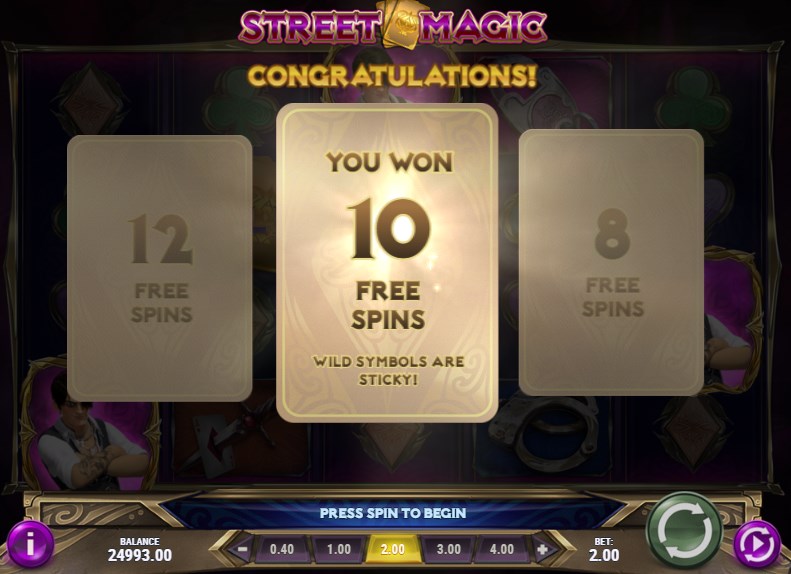