Studio Red Rake released an unusual slot machine Wildcano, dedicated to the theme of the worship of ancient civilizations to volcanoes.

The slot is presented in the original round form, reminiscent of the stepped pyramids of the Incas: there are three rotating circles with symbols and eight diverging rays in different directions, according to which the wins are counted. In the center is a crater of the volcano, which will periodically erupt with lava and stones. On the screen appear four mysterious signs, fruits, seven and a diamond.

Wild (panther) himself brings payments and replaces other pictures. He is involved in various prize options.

Bonus (mask) three such symbols begin with 7 free spins. Before they start from the crater fly additional bonus pictures, increasing the number of free launches. The middle drum will remain stationary all the time, and only the Wilds will be on it.

The volcan throws out lava during a randomly selected start-up of the wheel. The function is called Magma. The lava selectively fills two beams and the space between them with the same symbols.

The volcano is randomly erupting with flaming stones. The stones fall in circles, changing the symbols on the inscription Wild. The function is called Pyroclast.

With randomly selected rays, the images spill into the volcano’s crater, and new ones appear in their place.

An unusual slot will suit connoisseurs of original models with unique bonuses and non-standard design solutions. Wildcano attracts a variety of prizes, a large number of payments and just an interesting design with beautiful animations. 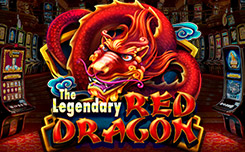