Sidewinder – another novelty developed by two companies Microgaming and Just For The Win. 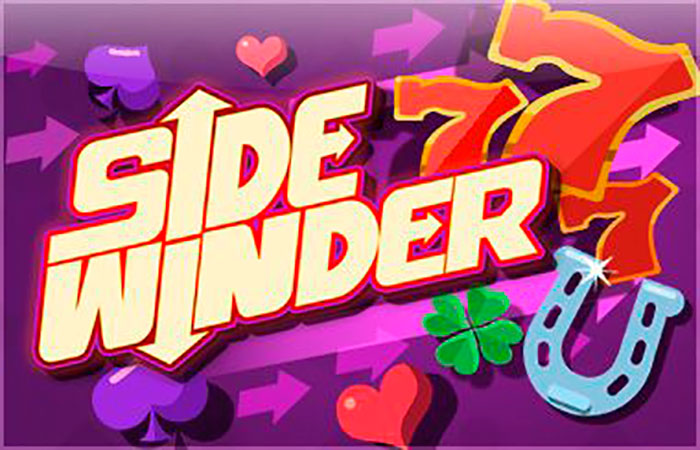 The game screen of the Sidewinder slot has five reels, which are arranged according to the scheme 3-5-5-5-3, so that the lines for drawing up winning combinations can be used from 243 to 1125. Their number depends on the appearance of a certain symbol of the Wild on the playing field. Also in the new slot there is a function free spins, in which you will be given 6 or 10 free spins, during which the maximum number of lines will be used – 1125. 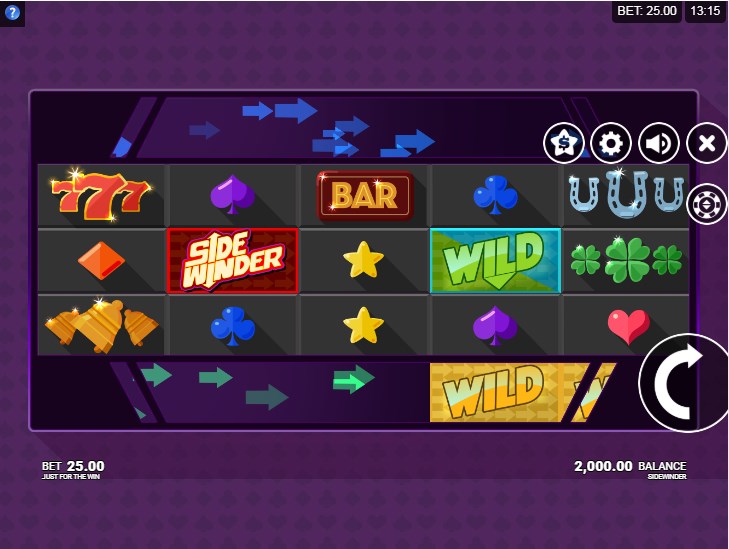 The design of the new slot machine Sidewinder looks quite simple, the game screen is located on a lilac background. On the playing drums there are symbols, mostly inherent in the classical slots. You will see standard images of four card suits, clover, horseshoe, bells, inscription BAR and red sevens. Also in the new slot there are three kinds of wild symbols – regular, top and bottom wild, each of which performs its function, which will be described below. Scatter (the logo of the slot on the red background), runs the free spins function.

During normal spins on the reels of the slot, the symbols top and bottom wild will appear. Bottom wild activates the bottom row, and the number of lines increases to 576 if, during rotation in the bottom row, the top wild appears, it activates the top row, and the number of lines increases to 1125 and when the win is scored all wild symbols remain in their places. Regular wild appears anywhere in the playing field, but only serves to replace other images in the slot, except scatter. 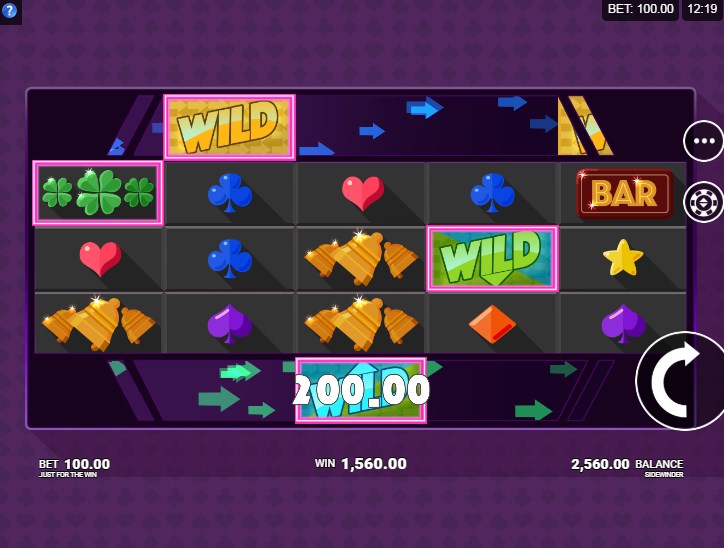 Free spins – starts after three scatter symbols. In this case, the first two should fall on 2 and 4 reels, after which the top and bottom row of the playing field are activated in turn, on which the scanner can also drop out. After this you will have the opportunity to participate in 6 or 10 free spins, the winnings in which will be formed on 1125 lines. Note that the wild symbols that have fallen next to each other will be joined and stretched, completely filling the game drum, and the scatter symbols appearing in the free spins will add 1 free spin. 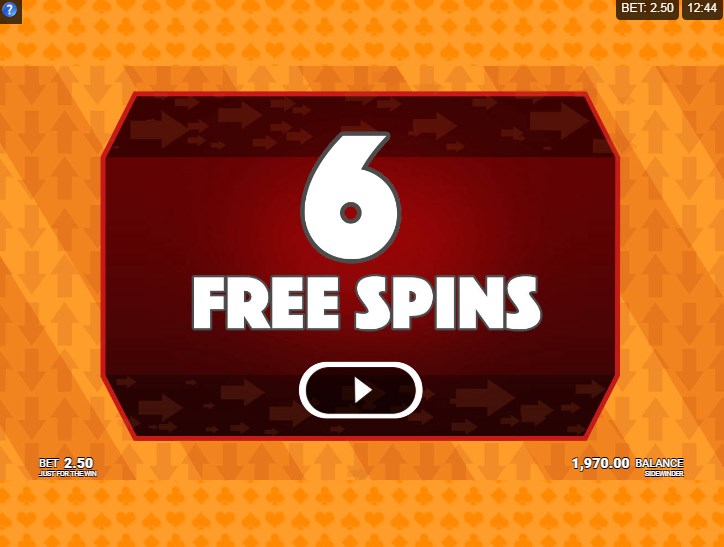 In general, Sidewinder, an interesting slot with good features. But it is absolutely identical to the Rainbrew slot, which was previously released by these developers, the only difference is the theme and the symbols used in the game.