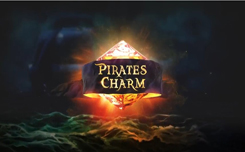 Pirate’s Charm – a new slot with pirated themes from the popular company Quickspin. 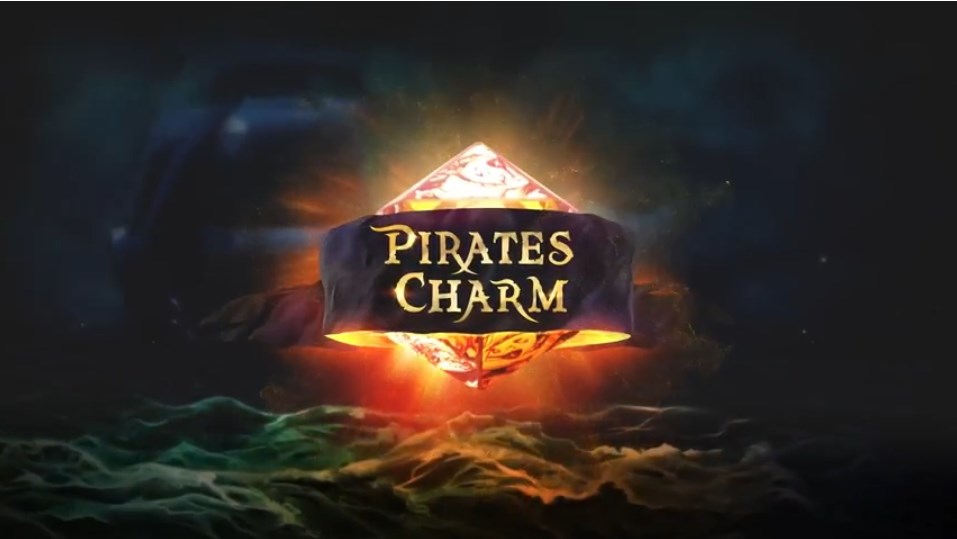 Have you ever dreamed of going on an exciting journey with a team of pirates? If so, you will definitely like the new slot from Quickspin pirate’s Charm. The game has a unique graphics with themes of ancient pirates and an amazing soundtrack. On the technical side, the slot received five reels and 243 winning lines with a minimum bet of 0.20 euros per spin, and is launched on any modern device, including mobile phones or tablets. From the bonus features presented, you can note the constantly active function Mystery charms Respins and the free spin function, where mystery charm characters are sticky and stay in place for all free spins. 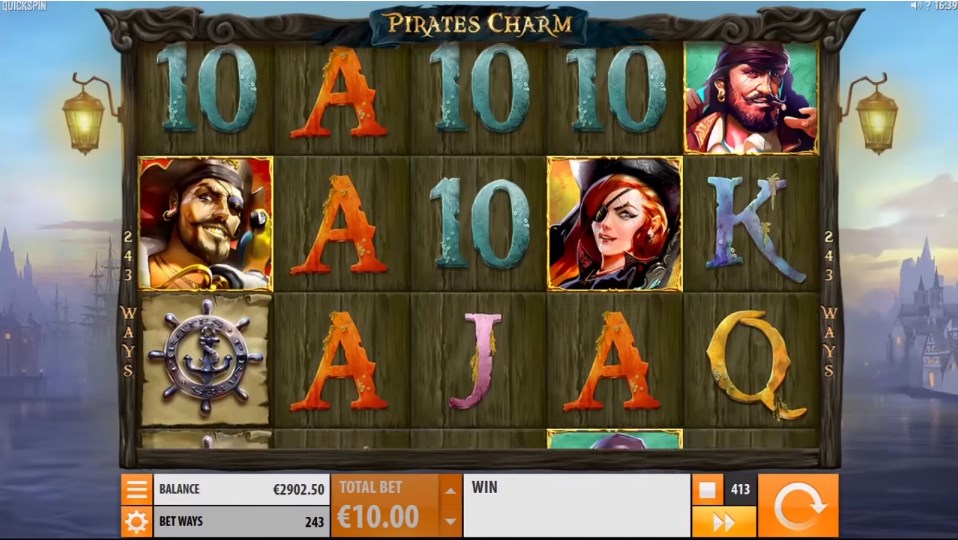 Visually, the pirate’s Charm slot has beautiful and qualitatively drawn graphics with themes of ancient pirates. The game screen is located on the background of a pirate bay with berthing ships. On the game drums you will find symbols that correspond to pirate attributes. Higher symbols are pirates, helm and symbol of the pirate flag cheerful roger. Cheaper symbols are standard symbols of playing cards decorated in a thematic style. Scatter symbol is a kind of black pirate ship, it activates the bonus game free spin. There is no wild symbol in the new game, instead of it a Mystery symbol is used, in the form of a yellow crystal.

Function Mystery Charm – it is activated when a mystical symbol falls anywhere in the game screen, when activated, the crystals begin to rotate and take the form of any symbol, the game continues until the first match. 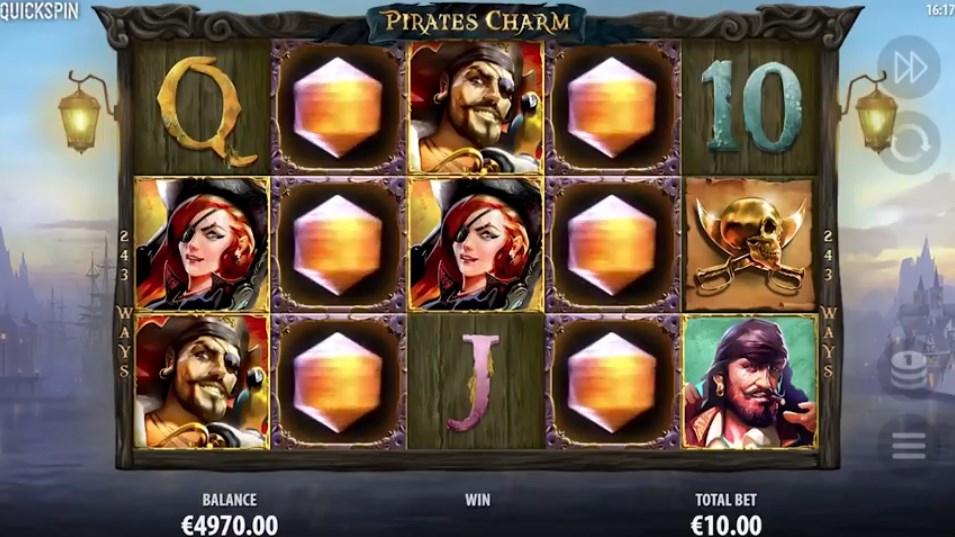 Mystery Charm re-spin function – it starts when three Mystery symbols appear on the first, second and third game drum, which become sticky and stay in place, if the symbol recurses again, you will get one additional spin, the game continues until the first loss, or filling the entire playing field. Do not forget that with each rotation of the mystery the character will turn into an arbitrary symbol. 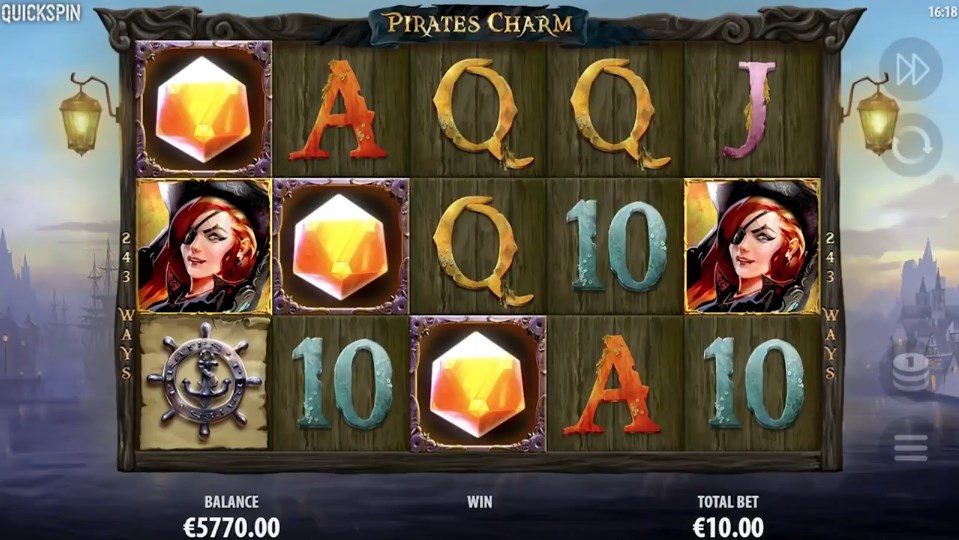 The function of free spin is activated when three pirate ships drop out on a 1,2,3 game drum. You will receive 10 free spins, where the mystical symbols will stick and remain in place permanently transforming, so you can fill the entire game drum and get a stunning win at 3,861 above your original bet. 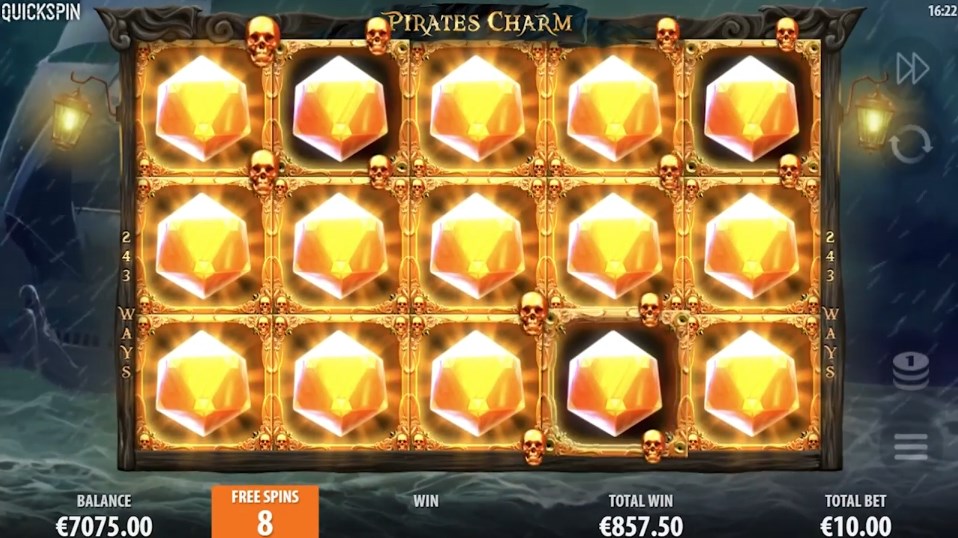 In general, the new slot pirate’s charm looks very dignified and will appeal to all players who adore the subject of adventure. The launch of the slot is scheduled for May 8, 2018, so do not miss the release and play pirate’s charm absolutely free.