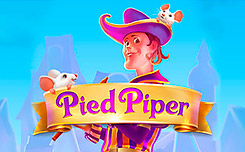 Pied Piper is a wonderful video slot inspired by the famous legend about the magical power of one pipe and how it was used to get rid of rats in the Medieval German town. The title was released by Quickspin and, as usually, the developer made it look excellent and feel engaging. Most of the players would enjoy this top notch game. 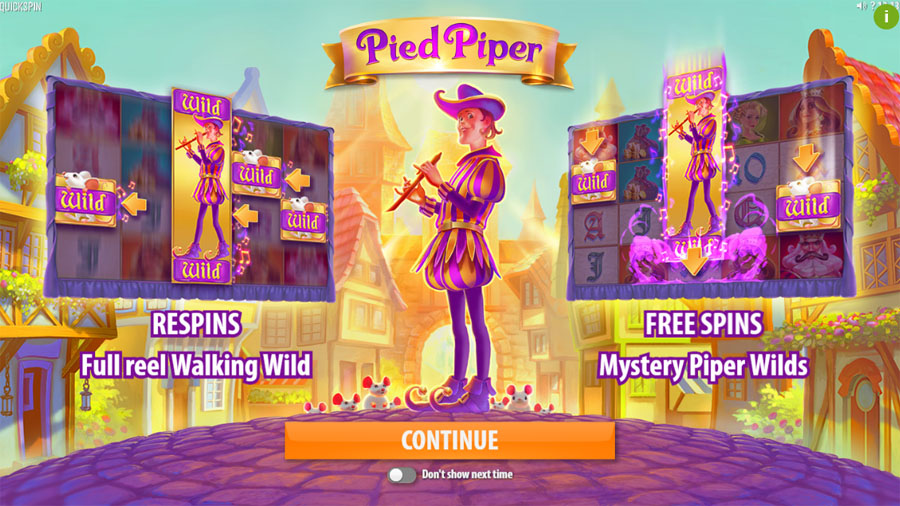 This is a 40 lines slot with a 5×4 reel set. There are two wild symbols, one is a Mouse and another one is the Piper. The latter is 4 times bigger and triggers some interesting features. The highest paying symbol is a Mouse. According to the legend, Hamelin town residents hired the piper to remove rats and he did that by playing his pipe.

Instead of rats, Quickspin used mice which earn players the biggest payouts in the game. Other high paying symbols are the king, the queen and the princess. Original story doesn’t feature royal family. But the developer turned the legend into a kind of fairy tale by introducing these characters. 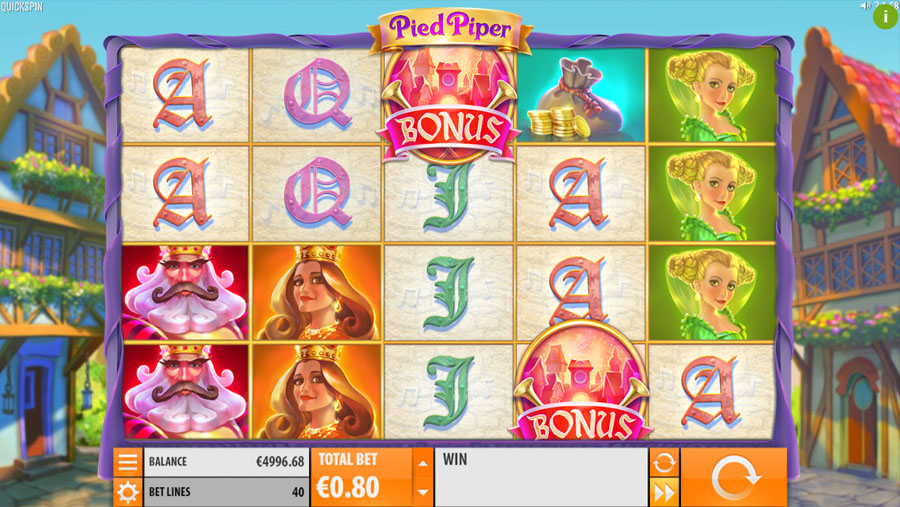 What’s the most exciting thing about Pied Piper? Apart from engaging story, it’s probably the variety of great bonus features that will make your gaming experience thrilling. Full Reel Walking Wild, for instance, is a stacked 4×1 picture of the main character that triggers respins. But this isn’t a regular respin feature slots usually offer. Instead of one respin, there will be at least three of them and the chance of getting five more. 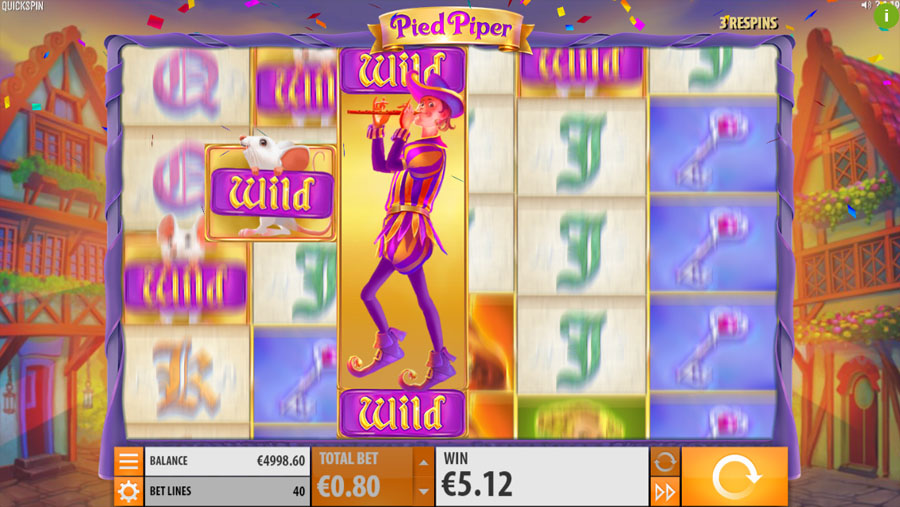 Walking Wild is called that way because whenever it lands, it starts moving one step to the left in every respin. When the symbol is gone, respins are over. But Quickspin wants you to have extra chances of collecting wins for free and, therefore, introduced Mystery Re-trigger. That’s when Walking Wild is positioned on the 5th reel and starts to advance to the first reel again. Whenever Walking Wild moves, Mouse Wilds move along with it so that you can have a wild squad marching and collecting rewards for you. 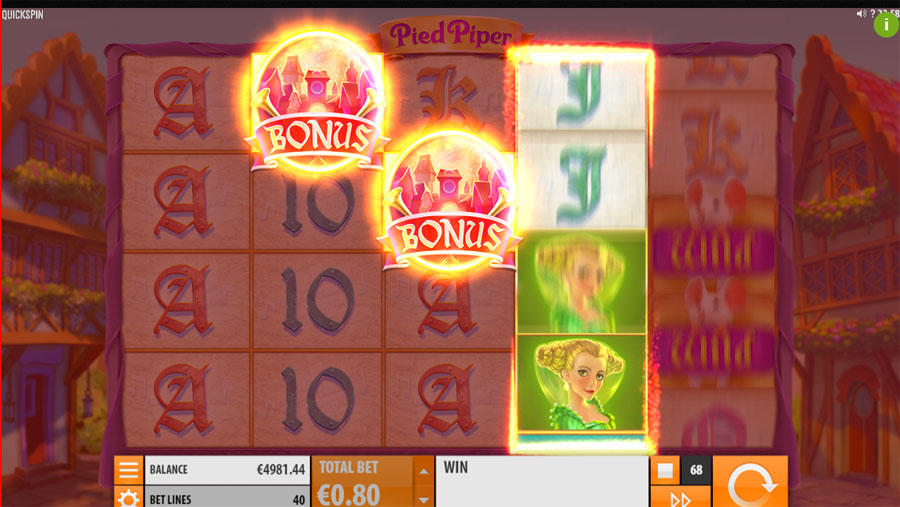 Scatters initiate 10 free spins with up to 6 regular wilds in each game. Walking Wilds also can land on the reels during the bonus feature. Like in the main game, players are given extra chance of collecting more wins if a mystery Piper Wild lands on one of the reels during free spins. 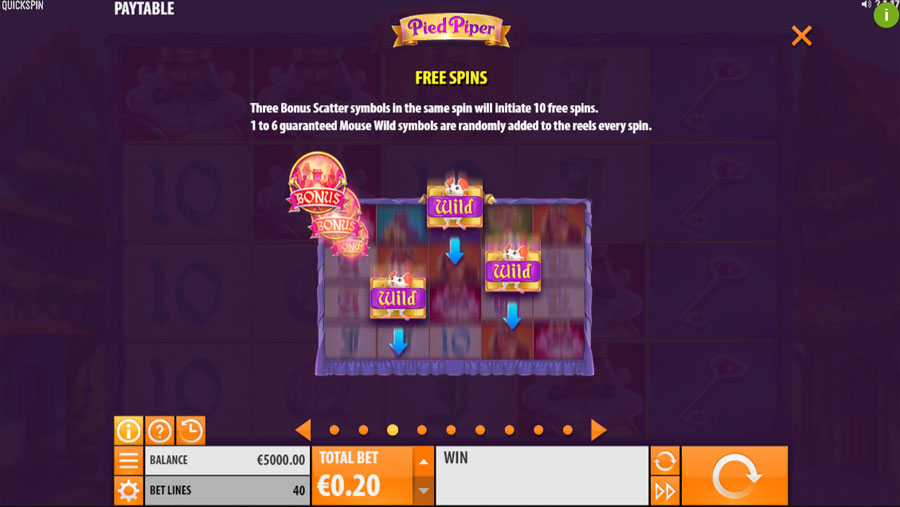