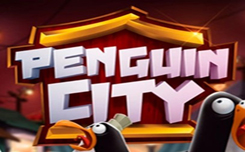 Penguin City – a new gaming machine with a theme of penguins from the company Yggdrasil Gaming.

The new slot received a 5×3 drum game structure, which is the standard solution for yggdrasil games. During the game you will fight with the emperor of penguins, who constantly tries to enslave his relatives and gain permanent power over them. From the available bonus functions, you can note the function Emperor Penguin feature, which is activated when the emperor symbol falls on the third game drum, as well as the function Penguin Escape Mode. 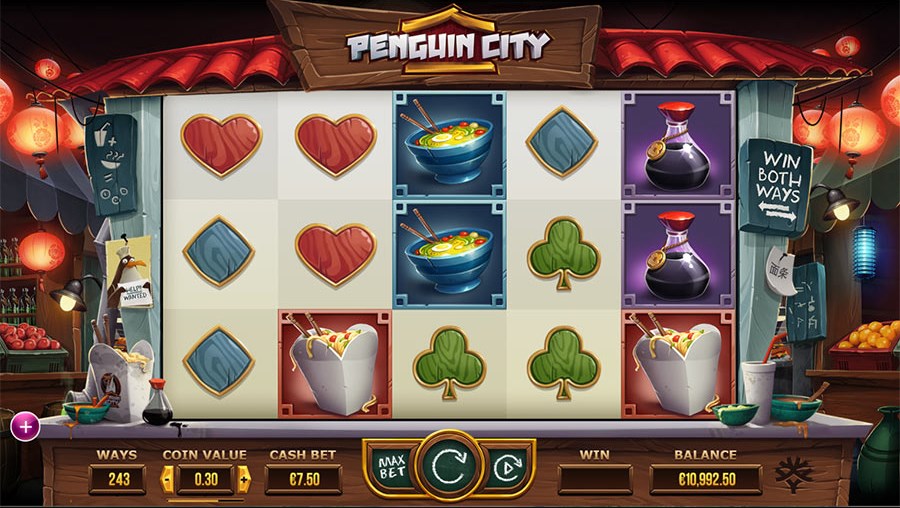 The design of the gaming machine penguin City looks just as good as any yggdrasil gaming machine. The game screen is located in the background of the restaurant of penguins. On the playing drums you will find symbols of standard game suits, as well as higher symbols that are inherent in the theme of restaurants – soup bowls, cutting boards, boxes with noodles, soy sauce bottles and much more. Wild symbol looks like a penguin chef with two cutting knives that look very intimidating, it can replace any symbol of the video slot or put together a very high combination.

Penguin Escape Mode, activated if on the second or fourth reel, a wild symbol appears. After that you will move the kitchen, the fallen wild symbol, will remain in its place, and you will have one free launch. Pay attention to the standing penguins, in turn they will jump down if the penguin falls on a springboard, can get on the drum, and form a combination, you will have another rotation, if the penguin fell onto the conveyor belt and the combination did not work, the round end. 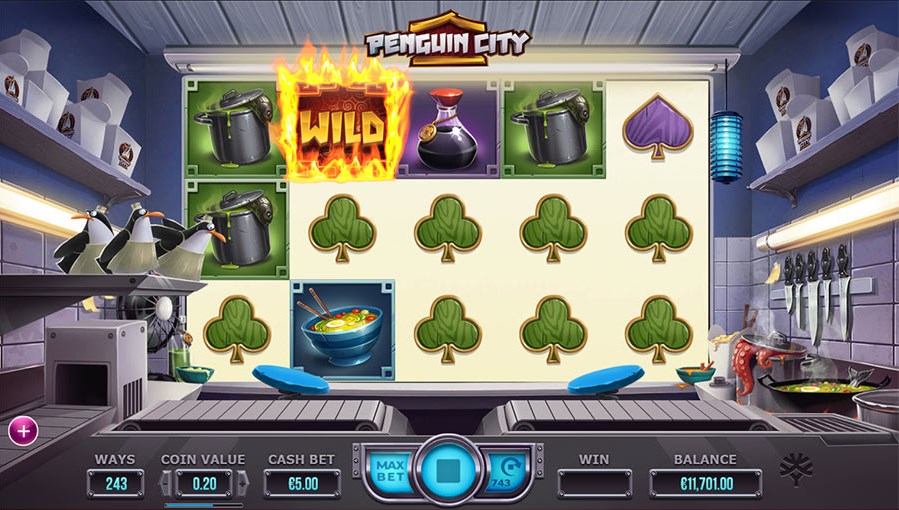 Emperor Penguin feature is activated when the wild symbols are folded on the third game drum, in this mode you will get a guaranteed prize, and also include additional functions during which the folded wild symbol will move in different directions to complement the winning combinations, The last folded character does not disappear from the game screen.

Overall, the new penguin city slot has a fairly simple structure with very interesting bonus features, which can bring a huge gain of 1.647x from your initial bet. The launch of the slot is scheduled for July 24.