Peking Luck – a new slot with a theme of the Chinese festival from the company Pragmatic Play.

Slot peking luck has a colorful theme in the style of a traditional Chinese festival. On the technical side, the game has a structure of 3×5 drums and 25 winning lines. The main symbol of the game is a mysterious girl, she replaces any cell symbol, and also doubles the received winnings. There is also a function free spin, where you can get from 8 to 38 free spins with an additional multiplier up to 18x. 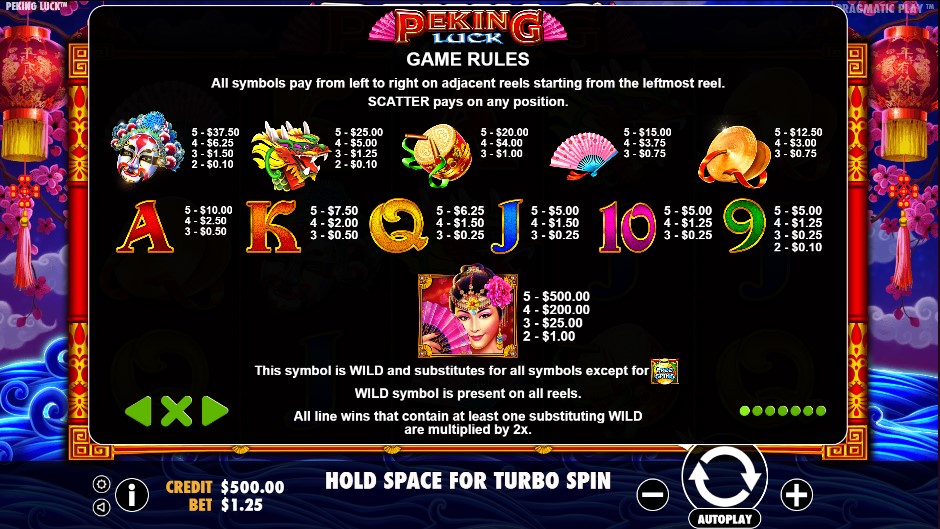 The design of the gaming machine peking luck looks just fine. The game screen is located on the background of blossoming Sakura trees. On the drums you will find the symbols that are present at any Chinese festival. Golden diamonds, a fan, a drum, a dragon and a traditional mask are symbols of the upper meaning. Cheaper characters are standard playing cards present in many slots. Wild symbol (wild) looks like a mysterious girl with a rosy fan. The scatter symbol is a golden gong with the inscription “free spin”, three symbols activate an additional bonus game.

The free spin function is activated when a minimum of three scatter symbols occur, which will also yield an additional win of up to 250x from your initial bet. After that, you will go to the main bonus game which consists of two stages, on the first, you need to choose one of six different colored beliefs, behind each of which there is a certain amount of free spins, you can get 8 to 38 free spins. In the second stage, you must choose one of the six dragons, which will determine the additional multiplier from 2 to 18x from the winning combination. 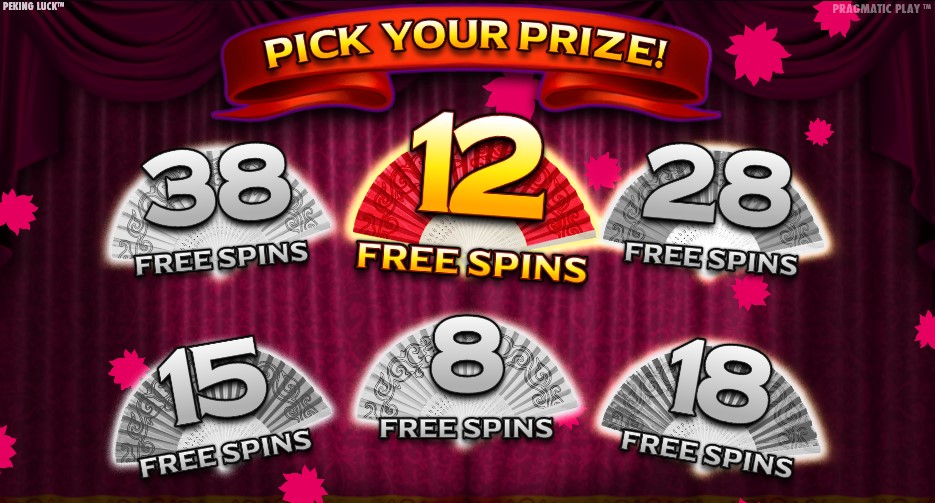 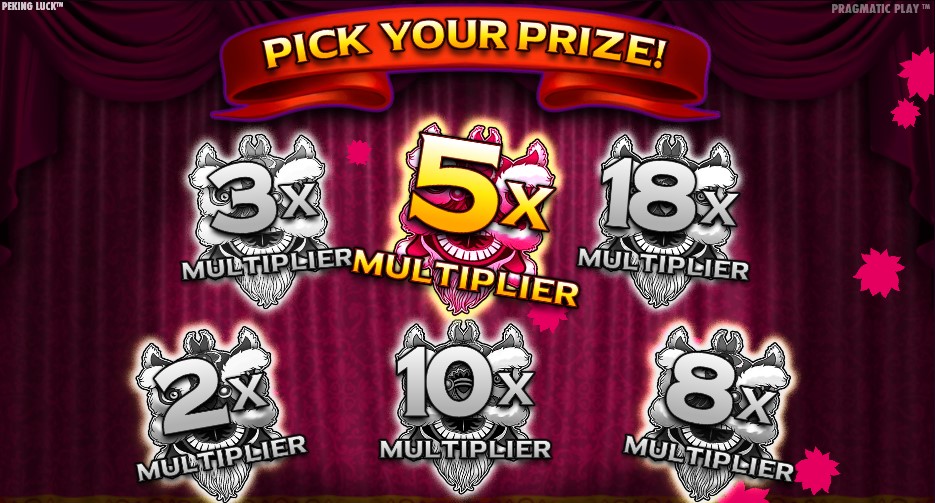 Also, the repeated dropping of the symbol scatter during free spins will reactivate the first stage and will allow to obtain additional rotations. In addition, the wild symbol will be combined with an additional multiplier and double the winning combination.