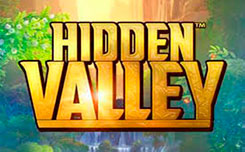 Company Quickspin released an update to the most popular slot of its collection Hidden Valley, the new version will have name Hidden Valley (2).

In general, the program has undergone changes, the game is completely translated into HTML-5 language, which will allow using the game on any device. However, we note that the Hidden Valley (2) slot will be updated in the old version, so you will not see an additional game in their collection.

The structure of the slot also, does not have any changes, it’s still a five-reel 40-ka line video slot with an adventure theme from Quickspin. The main functions remain the same. Depending on the selected bet, the multiplayer wild function will be active up to 10x from the winning combination. By activating the function free spin you get additional wild symbols run up to 12 free spins. 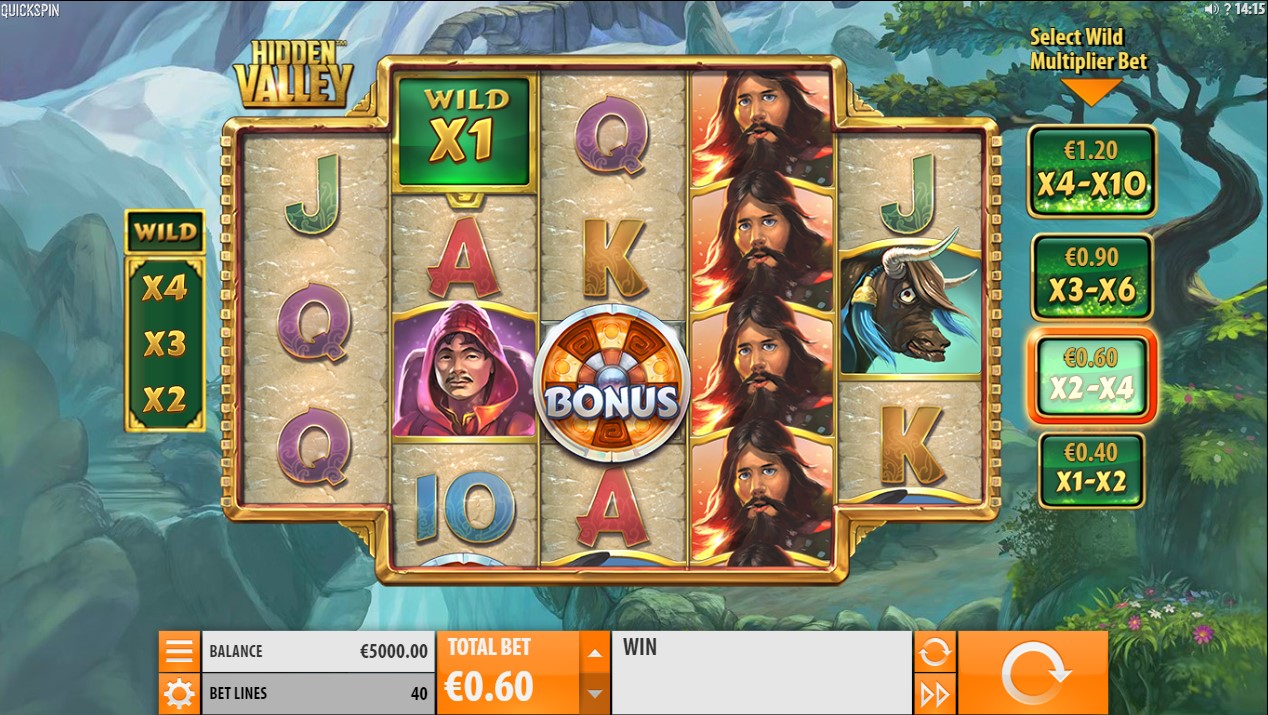 Design slot Hidden Valley (2) still has an adventure theme, where three travelers found their way to the lost city of shangri-La. Game drums are located on the background of the entrance to the lost city of ancient Tibet. On the screen you will see the symbols of ancient travelers, as well as the eagle, bull and standard playing cards 10, J, Q, K and A. The bonus symbol that launches the game free spin looks like an ancient fighting shield with four sections.

Functions of the Hidden Valley slot (2).

The main advantage of the Hidden Valley slot was the function of multiplayer wild, it was also completely transferred to the new version of hidden valley (2). The advantage of this function is the additional multiplier of the winning combination that uses the wild symbol. Depending on the set rate, the multiplier can vary from x1 to x10. The minimum bet of 0.40 euro will have a multiplier of x1 to x2; rate 0,60 x2 – x4; rate 0,90 x3 – 6; the rate is 1.20 x4 – x10, respectively. The multiplier is selected in a random order with each rotation, and is displayed in a special window, on the right side of the game screen. 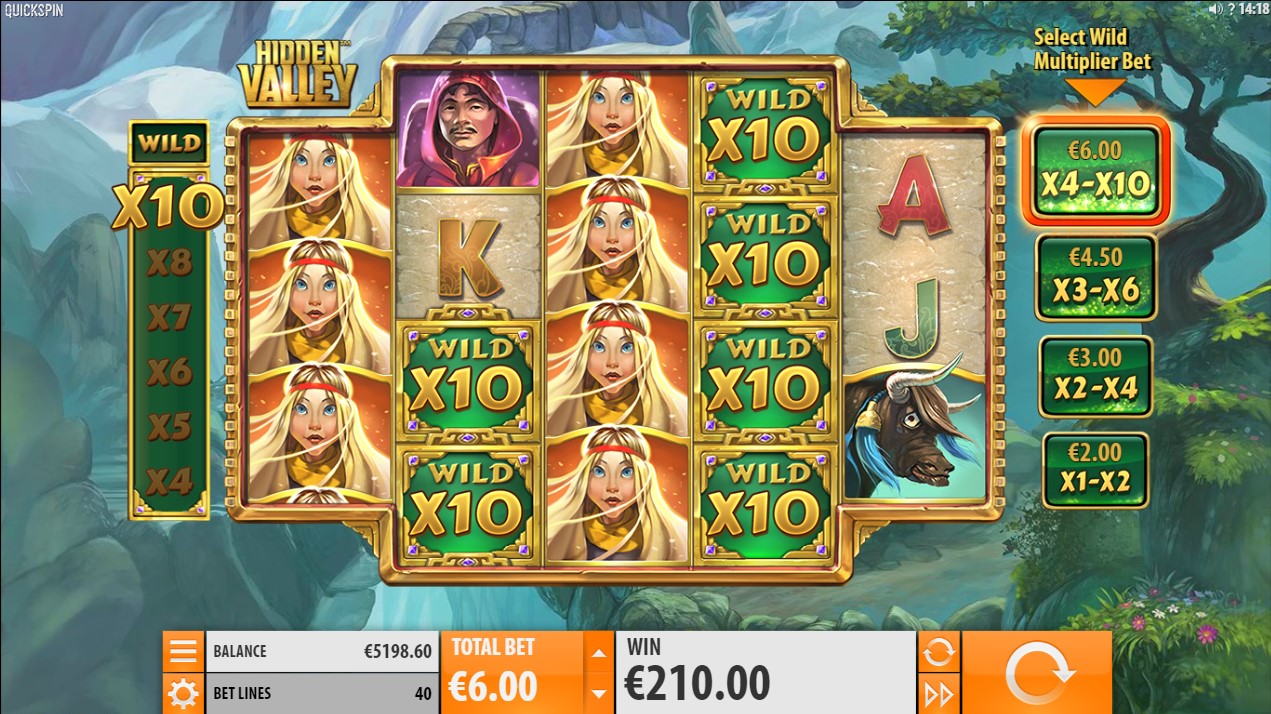 During the free spin function, which is activated by successively dropping three scatter symbols on the second third and fourth game drum, you will go to the gates of the ancient city where a wooden lock with two active areas will be located on the doors. Rotating the lock, you can determine the number of free spins, and also, you can get one additional wild symbol. The two additional scatter symbols that fall out during the free spin function will launch the pic-me function, which will give you additional rotation, or add another wild symbol. 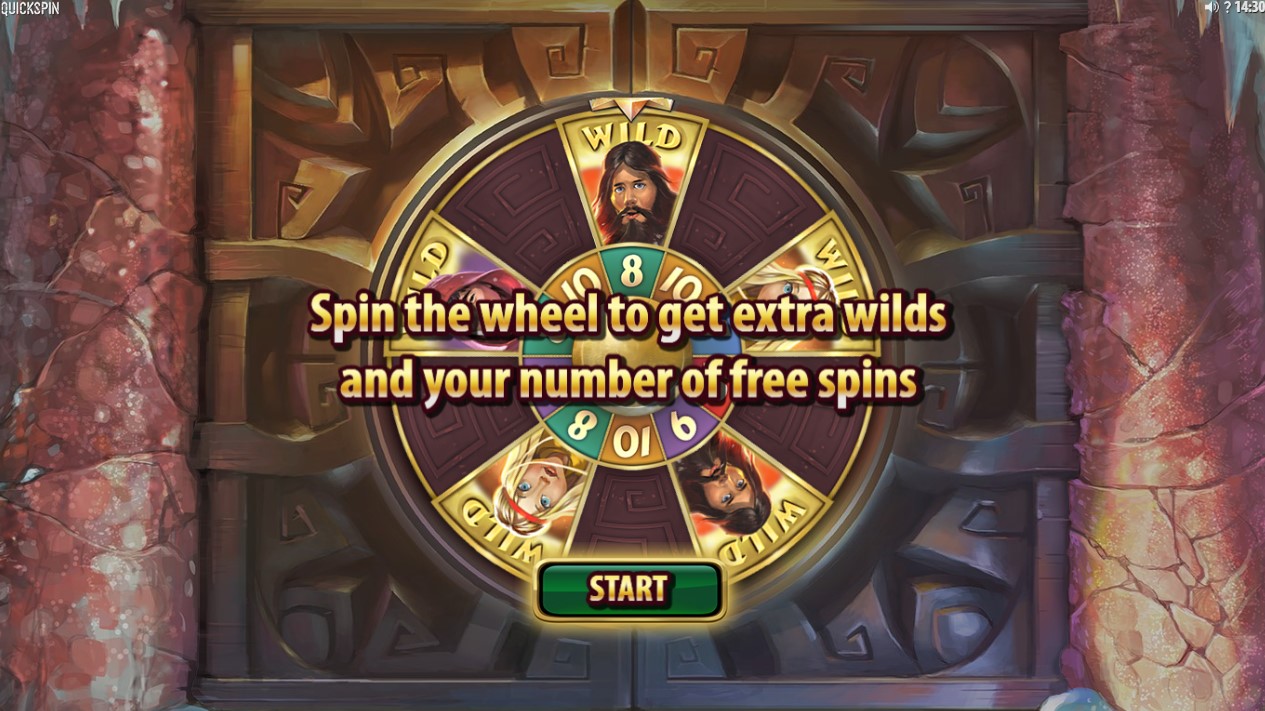 In conclusion, we can say that the updated version of the Hidden Valley slot does not look fresh, but thanks to the transfer to HTML-5 each player can enjoy a favorite game on any modern gadget.