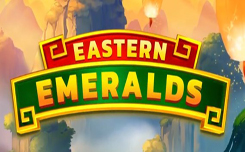 Eastern Emeralds is a new slot machine for desert anime from Quickspin.

The gaming machine has five reels and 20 winning lines. During the game you will move to the amazing world of the Asian desert, designed in the style of anime graphics. The main function of the slot is the multiplayer wild, which, when a certain wild symbol is dropped, multiplies the winning combination several times. The second feature is the bonus game Destiny Bonus, when activated, you get the option to choose one of the four bonus game options, the most risky choice can bring up to 2.667x of the original bet. 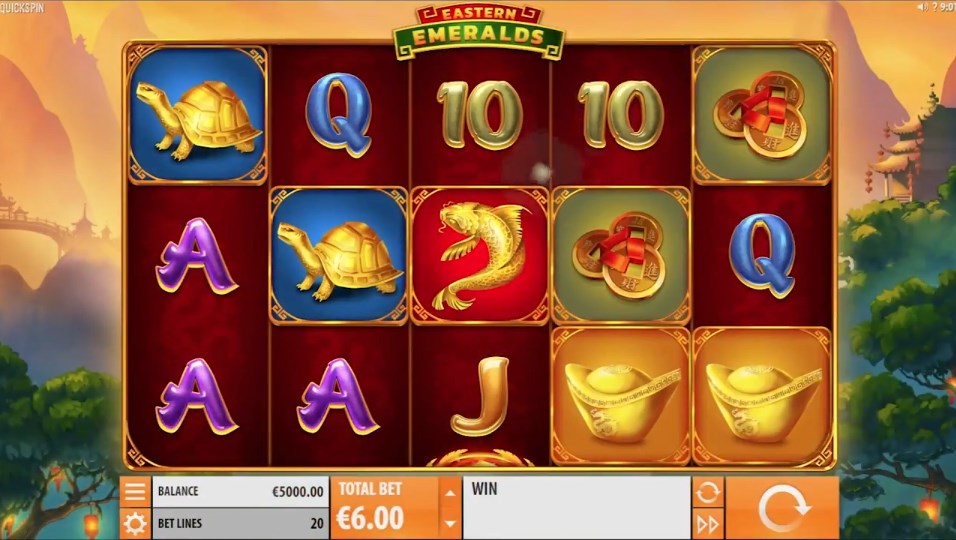 The design of the Eastern emeralds slot looks great. Visually, the game screen is placed against the backdrop of the mountain peaks of a wonderful oasis. On the playing drums you will see the symbols inherent in the Asian theme. Gold dragon, fish, gold bullion, coins and turtle are symbols of the upper value and will bring up to 7.5x of the original bet. The cheaper symbols are the standard playing cards A, K, Q, J and 10. The Scatter symbol is a red phoenix with the corresponding bonus word, three symbols activate the Destiny bonus function.

Playing for free in the eastern Emeralds slot, pay attention to a special wild symbol, which can have an additional multiplier of the winning combination. The wild symbol that falls on the second third fourth and fifth game drum will have the multiplier x2, x3, x4 and x5, respectively. 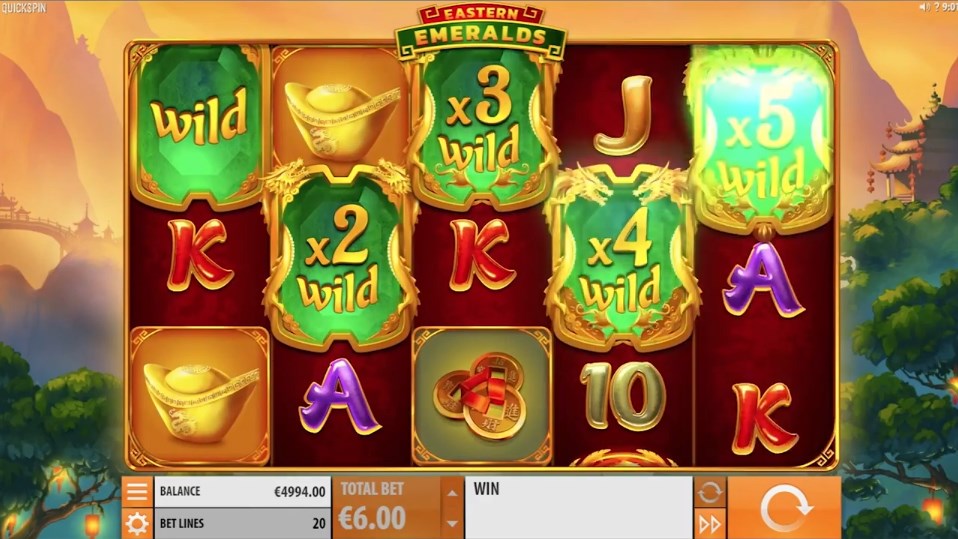 Bonus game “destiny bonus” is activated when three bonus symbols appear on the second third and fourth game drum. Next, you need to choose one of the offered bonus game modes with your unique multiplier and the number of free spins, the combinations look like this. 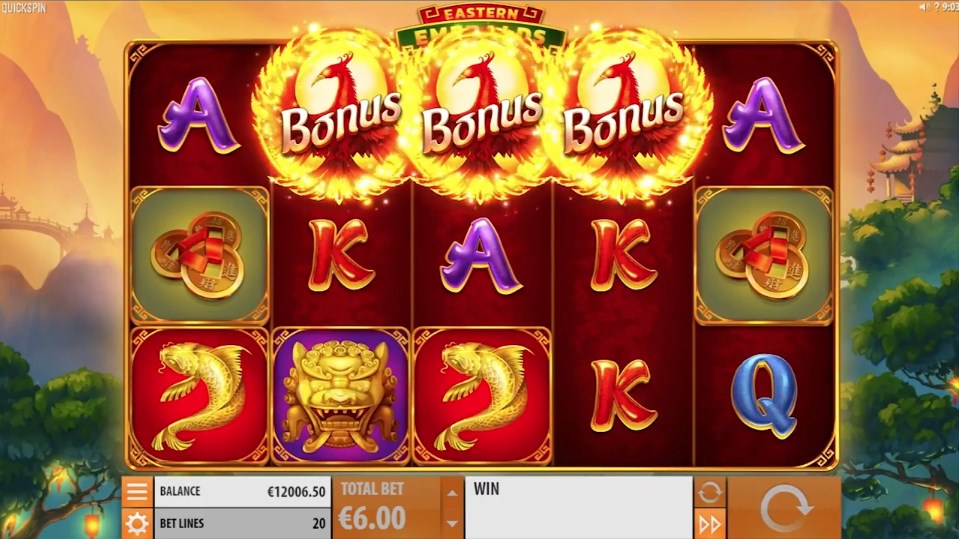 Please note that each of the selected options has its own advantage. The most risky option with six free spin can bring a huge multiplier of 2.667x with every free spin.