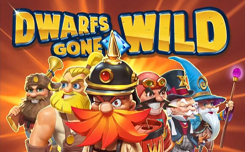 Dwarfs Gone Wild – a new slot machine with a fairy tale theme from the company Quickspin. 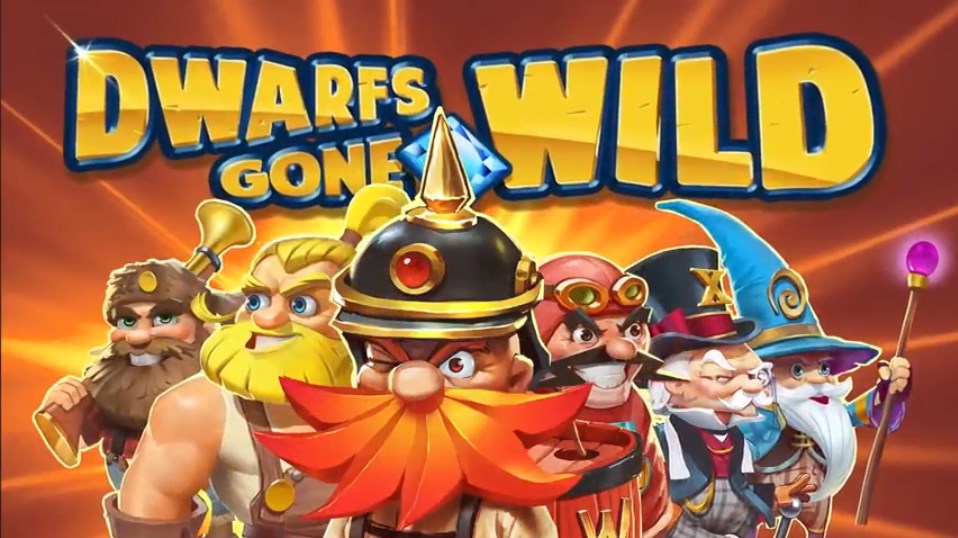 The dwarfs gone wild slot has a standard game structure with five reels and 20 winning lines, with a minimum bet of 0.20 euros per spin. It has long been known that the company quickspin draws its ideas based on old kind fairy tales, this time the company decided to take as a basis the famous fairy tale about Snow White and the seven dwarfs. Each of the fairy-tale characters carries its own specific function, which triggers when the bonus game free spin is launched. The number of additional characters that are activated during the bonus game, directly depend on the filled bonus meter (Dwarf in the Golden Bonus Meter), it is filled when any winning combination matches and is displayed on the left side of the game screen. Also, there is a Magic Mirror function, when activated, 300 top characters will be added to the game screen. 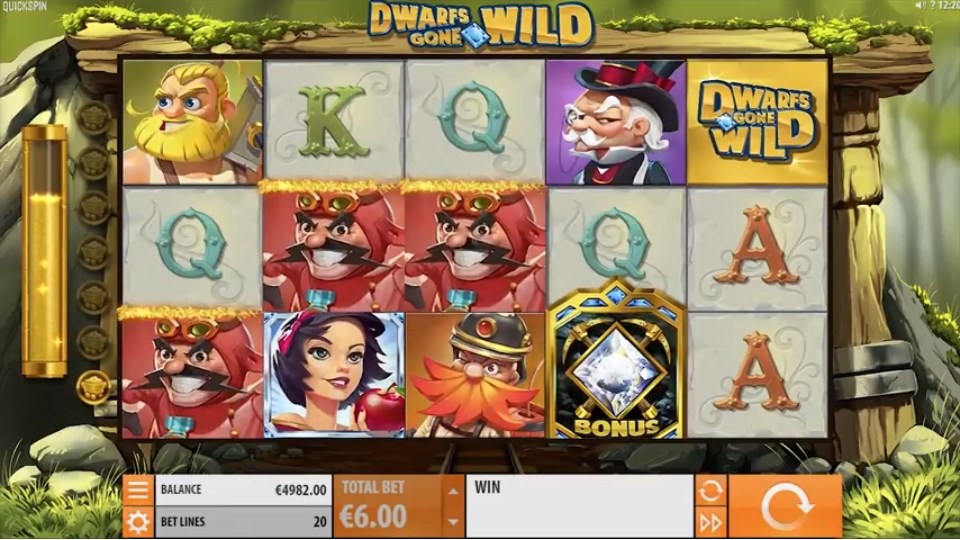 Visually, the Dwarfs gone Wild slot completely corresponds to the fairy-tale theme. Drums are on the background of a stone cave, where the story was inhabited by 7 fairy gnomes. On them you will meet the symbols of seven gnomes, each of which performs a certain task: Banker, Blacksmith, Demoman, Hunter, Racer, Strongman and Wizard. The top characters are the heroine of the fairy tale Snow White, the cheaper symbols are the standard playing cards A, K and Q. Scatter symbol activating the bonus game free spin and has the appearance of a precious diamond with the corresponding inscription “Bonus”

During the game, pay attention to the Dwarf function in the Golden Bonus Meter, which is displayed on the left side of the game screen. Each winning combination will fill a golden flask, one filled bulb will activate one of the seven gold wagons behind which lies a small dwarf with its unique function. The bonus meter directly affects the bonus game free spin, the more wagons you activate before running free spin, the more additional images you will have. 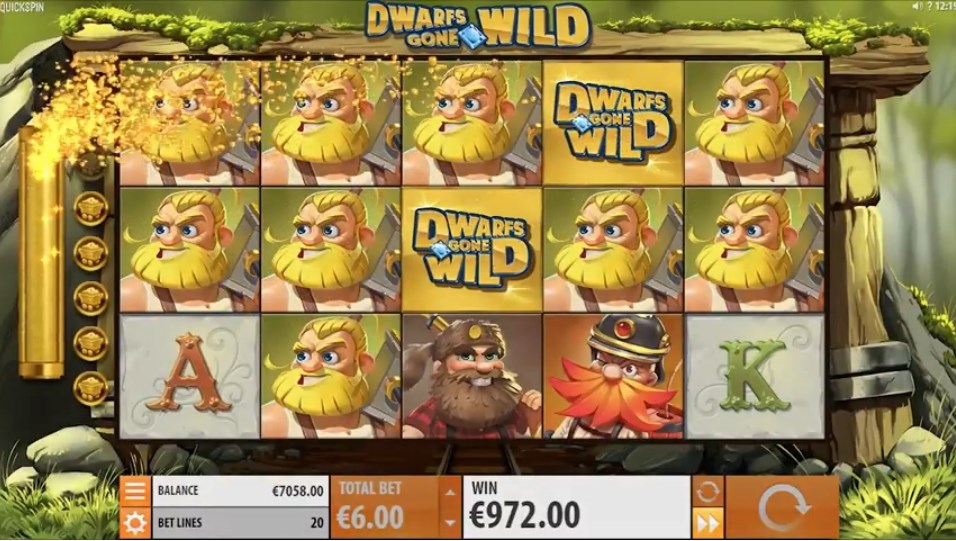 The Magic Mirror function is activated when the magic mirror falls on the third game drum. You will receive two repeated spin, where 300 additional top symbols will be added to the reels in the form of a beautiful Snow White. 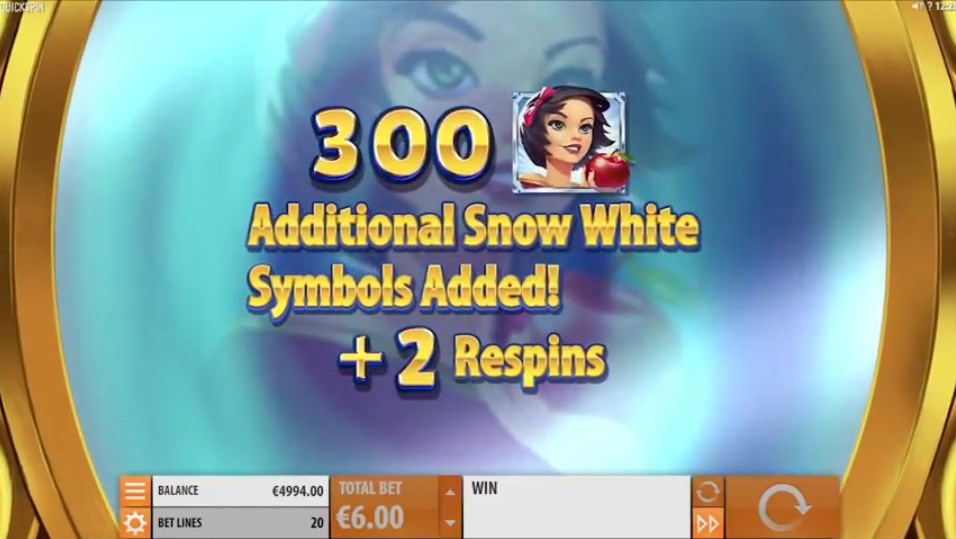 Free spin is activated when three scatter symbols appear. You will receive seven free spins with additional wilds that will launch seven magic gnomes, with a complete collection of collections you activate the entire set of gnomes, where each gnome has a unique function. 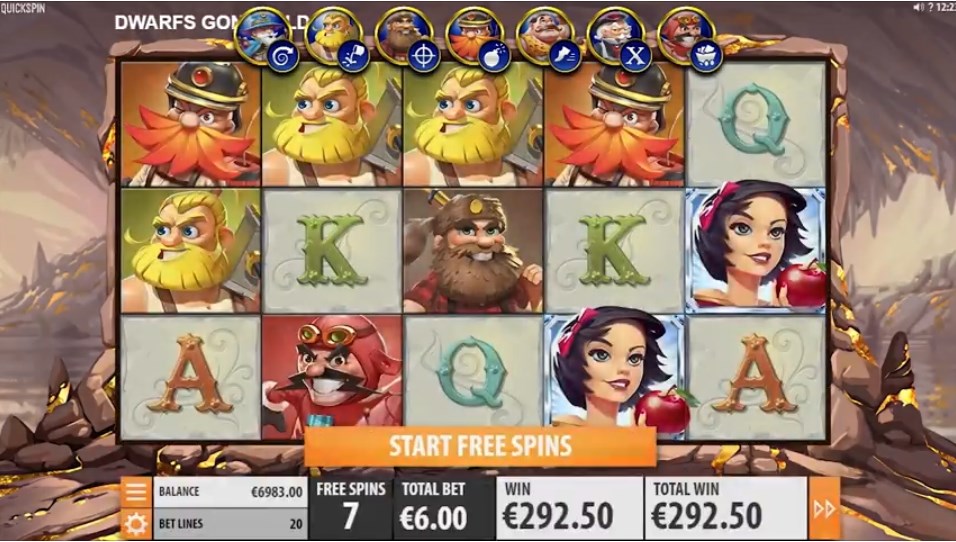