Company NextGen Gaming has released a slot machine about dragons, which surprised fans of this brand’s software with an unusual arrangement of pictures on the screen, an unusual design and an unexpected set of gameplay functions.

Dragon Wins – a video slot with five reels and nineteen pictures on the screen. In the last columns are arranged three symbols, in the second and fourth – four, and on the average – five.

Four dragons and five precious stones – these are the usual pictures that form combinations on active bands. Dragons can appear in columns with vertical chains of the same elements.

Wild brings payments himself and replaces the missing pictures, except for the scatterers, if necessary.

Scatter, with the appearance of at least three characters, start from ten to fifteen free spins. They are of two types: with an increased number of wilds or with drums filled with Wild symbols.

Dragon’s Fire – Any dragon can release flames from the drums, increasing the payout several times.

Dragon Spins – There are four dragons on either side of the drums. Near each of them is a scale. It is filled if a winning combination of these characters is formed on the line. When one of the counters is full, rotations of the corresponding type begin. There are always three of them. They have such bonuses:

More Dragons – all dragons become gold, and some stones can also turn into such symbols;

Dragon Reels – all the dragons turn green, and the three middle columns turn into Dragon Reels;

Expanding Dragons – all dragons become purple and can expand by filling columns. 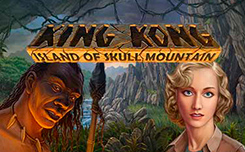