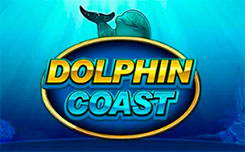 Dolphin Coast – a new slot, with marine themes from the company Microgaming.

Dolphin Coast is a five-reel 3125 linear video slot developed by the two companies Just For The Win and microgaming. The minimum bet in the new game is quite high, and is 0.50 euros or 50 game coins, however, the folded wild symbols that fall out on the second and fourth game drum allow you to often collect winning combinations. 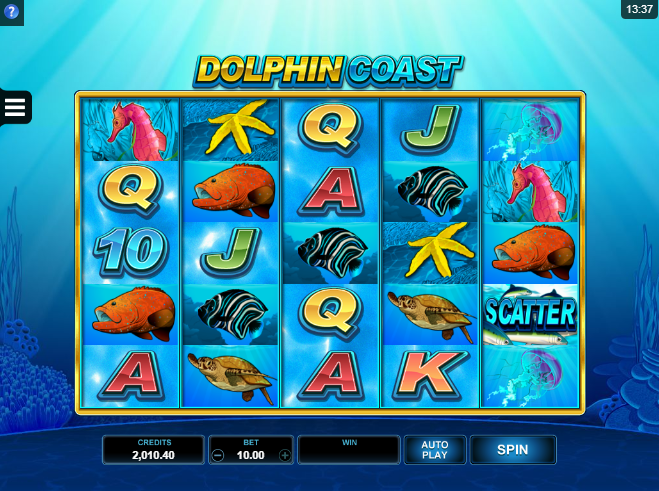 The design of the dolphin coastline has a marine style. The game screen is located in the underwater world of the blue lagoon. On the drums you will find the symbols of the sea inhabitants: Turtle, Perch, Medusa, Striped Fish, Skate and Star, which will become folded during the bonus game. The symbols of low value are playing cards from 10 to an ace. Wild symbol is complex during the main game and has the appearance of a dolphin jumping out of the water.

The Dolphin Coast function is activated, when a symbol with the corresponding inscription, appears on the third game drum, then you need to select one of the three dolphins and get an additional multiplier 2, 3 or 4x, from the winning combination. 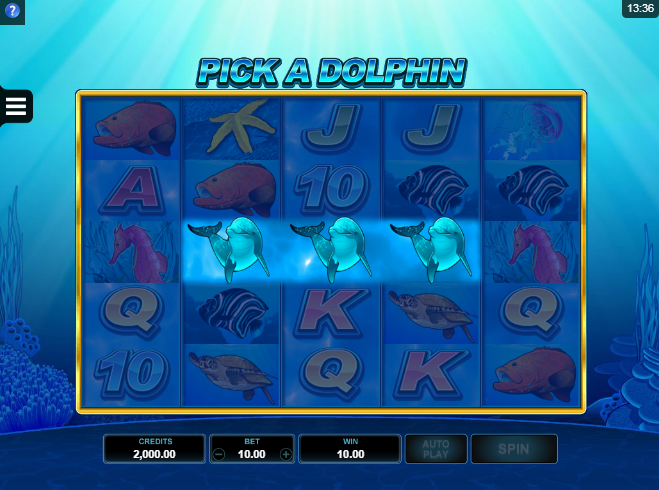 The function free spins starts when fall out three, four or five scatter symbols, after begins 15, 20 or 25 free spins. During free spins, all symbols become complicated and can fill the entire game reel. However, the wild symbol (dolphin), on the contrary, will become single, but may drop out on all game reels. Three or more scatter symbols during free spin, can activate up to 25 repeated spins. 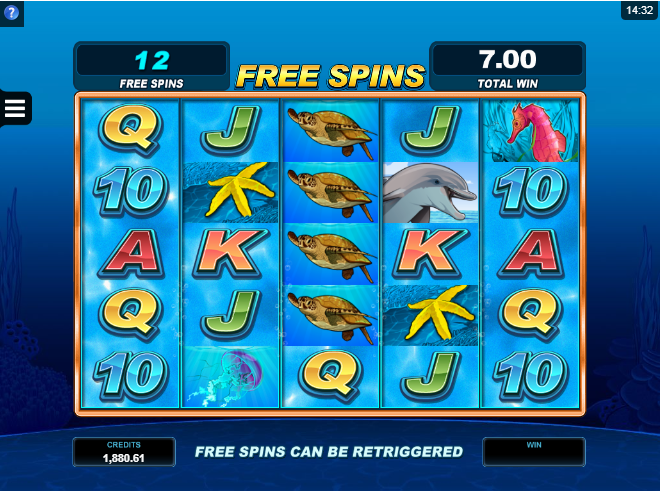 In general, the Dolphin Coast slot is quite a fun and attractive game with a soothing sea theme. Thanks to a good set of additional features and a high RTP value, any player, can get a huge jackpot and win up to 7.500.000 coins.