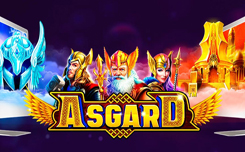 The developers of the company Pragmatic Play, presented a novelty called Asgard, with a theme of Scandinavian mythology. 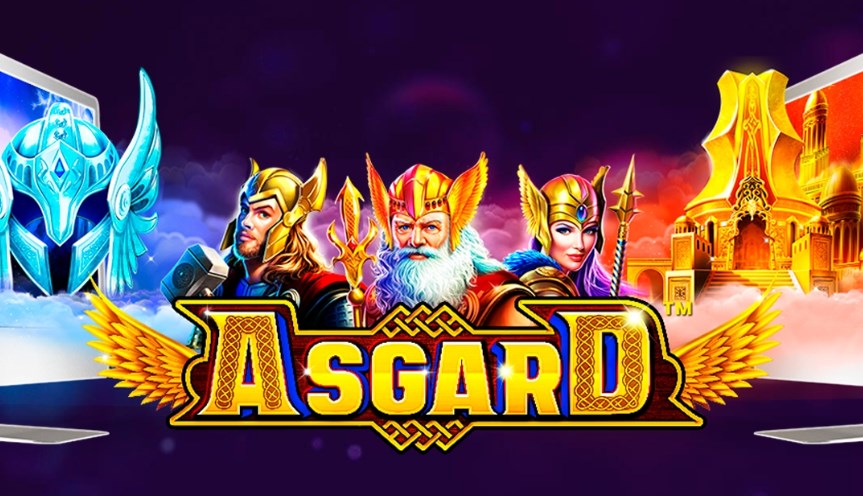 If you believe the Scandinavian legends, in the celestial fortress of Asgard, there was a bridge connecting it to the land on which people lived. There lived the gods led by Odin, who, like people loved, fought and died, because they did not have immortality. 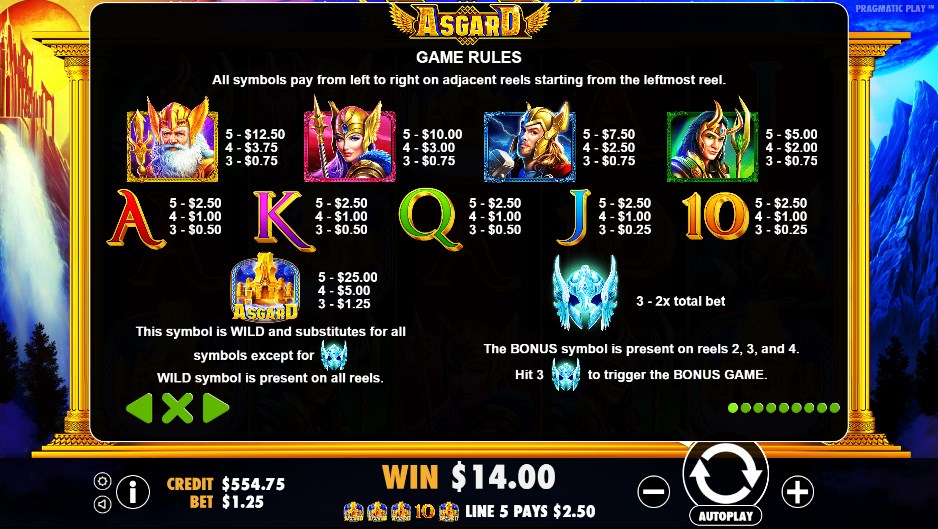 In the slot Asgard, five reels and 25 lines for the formation of winnings. Since the slot is dedicated to Scandinavian myths, all the symbols used in the game fully correspond to the chosen theme. On the reels you will see four gods One, Thor, Loki and Freyja – they are symbols of the upper meaning, and also launch a certain function. Cheaper characters are the names of playing cards from 10 to A. The symbol wild – Asgard Fortress, replaces all the simple images in the slot. Scatter – a silver helmet, launches free spins.

During the main game, one of the special functions may start.

Stacked Wild Reels – launches Odin, the drums begin to shake, after which from 1 to 5 reels can be completely filled with wild symbols. 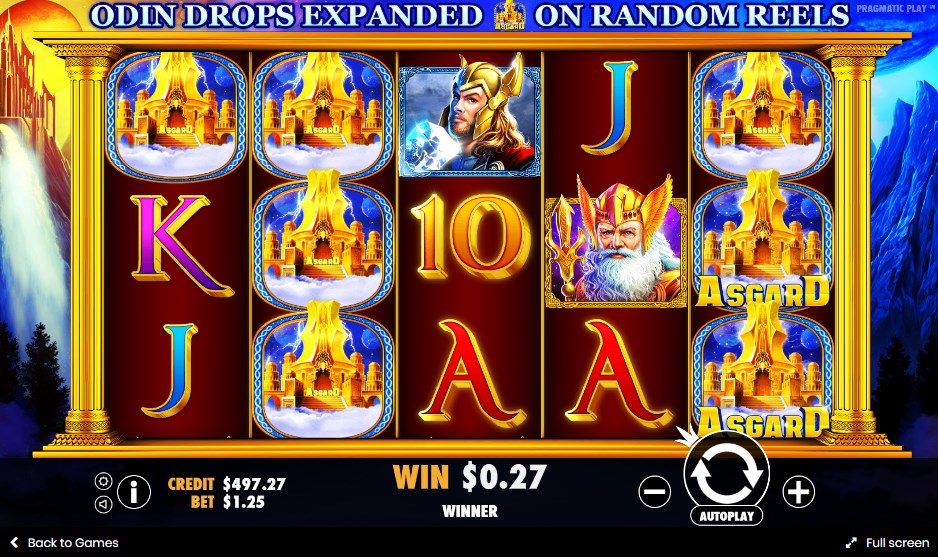 Royals Transform to Wild – this function is launched by Thor, the hammers begin to fall on the drums, and all the card symbols turn into wild. 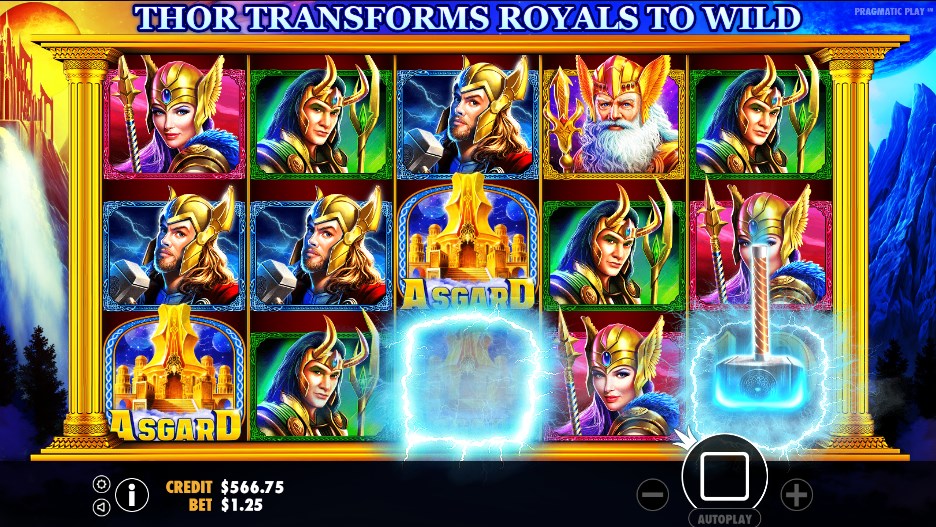 Mystery Stacked Symbol – activates the god Loki, on the drums there will appear stacked special symbols, which after landing will turn into one of the most actual symbols. 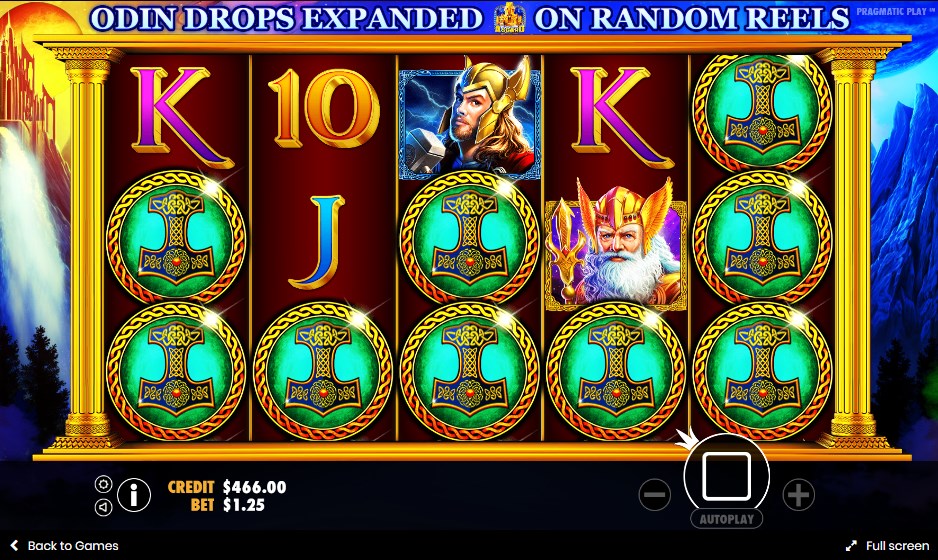 Raining Wilds – this function starts the goddess Freya, on drums in any places can appear from 3 to 5, wild characters. 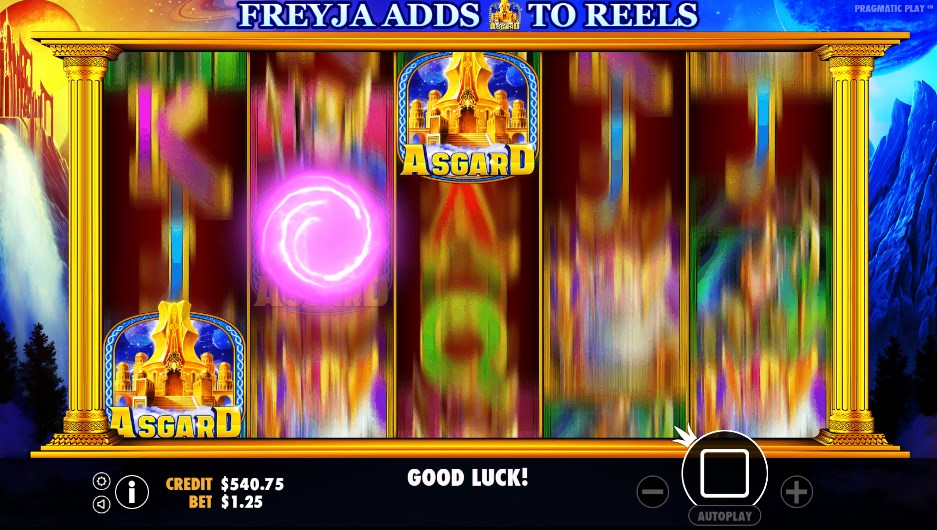 Free spins – is activated when the image of a silver helmet appears on the 2nd, 3rd and 4th reels. Before you start, you will see a wheel that will help you determine which of the 4 functions described above will help you get winnings in 5 free spins. 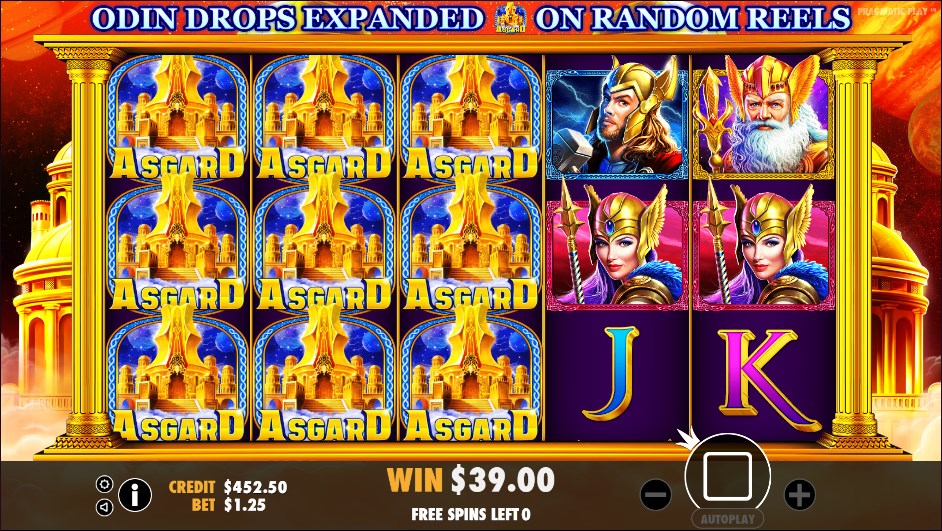 In general, the slot machine Asgard, turned out to be interesting, high-quality design, perfectly selected music, as well as Scandinavian gods, who will accompany you throughout the game and help to earn big wins.