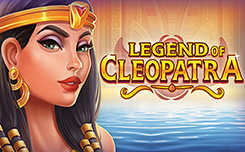 Legend of Cleopatra – a new slot with the theme of ancient Egypt from the company Playson. 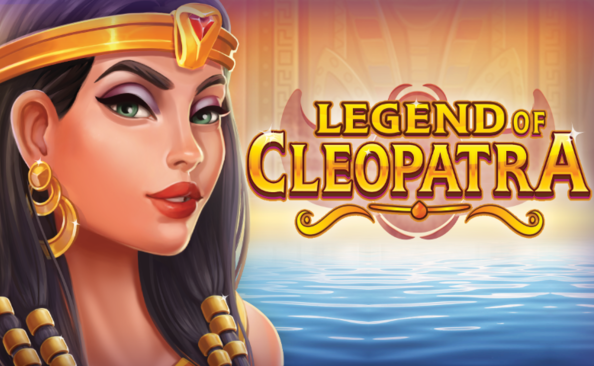 Would like to note right away that the new video slot has a rather unusual structure of 2x3x3x4x5x5 gaming drums, which together gives 100 winning lines, with a minimum bet of 0.20 eur. In addition to the unique structure and design, the slot also has several attractive bonus features in the form of free spins with a modified drum structure, and an additional bonus game Double wild reel, which will add a few extra wild symbols. 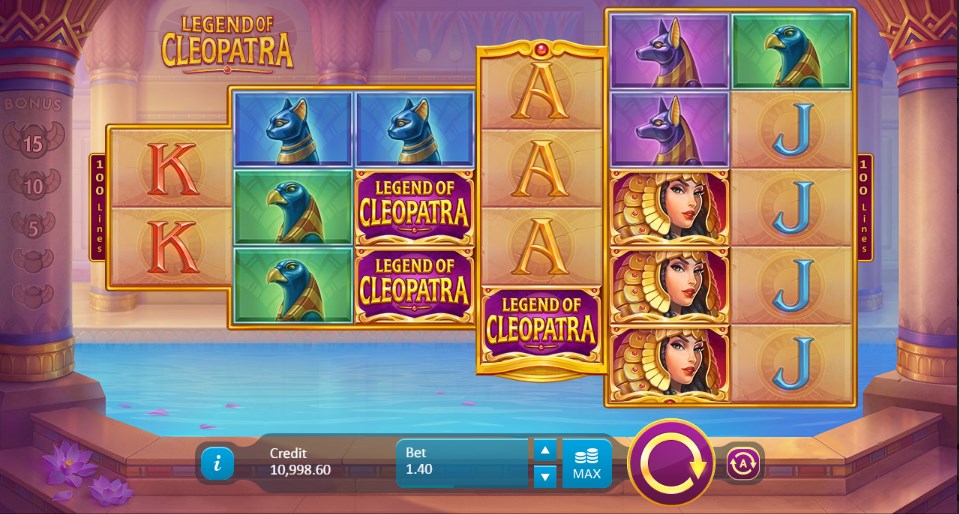 The design of the legend of Cleopatra slot has a very beautiful thematic graphics. The game screen is located on the background of the Egyptian queen’s bathhouse. On the six game drums you will see symbols associated with the history of ancient Egypt. Low-value symbols are standard playing cards. The symbols of the upper meaning are the ancient Egyptian gods, the symbol with the logo of the slot, and also the Cleopatra itself. Wild symbol has the form of a gold letter W – it can replace any symbol of the slot except for the scatter symbol which is made in the form of a scarab beetle with the corresponding inscription.

Double Wild Reel – activates in a random order. Pay attention to the fourth game drum, it has a gold edging on it, the bonus can be activated. At any point in the game, the drum is completely filled with wild symbols and the Double Wild function is activated, which completely fills the random drum with wild symbols, which will give you a good advantage and allow you to get a profitable combination. 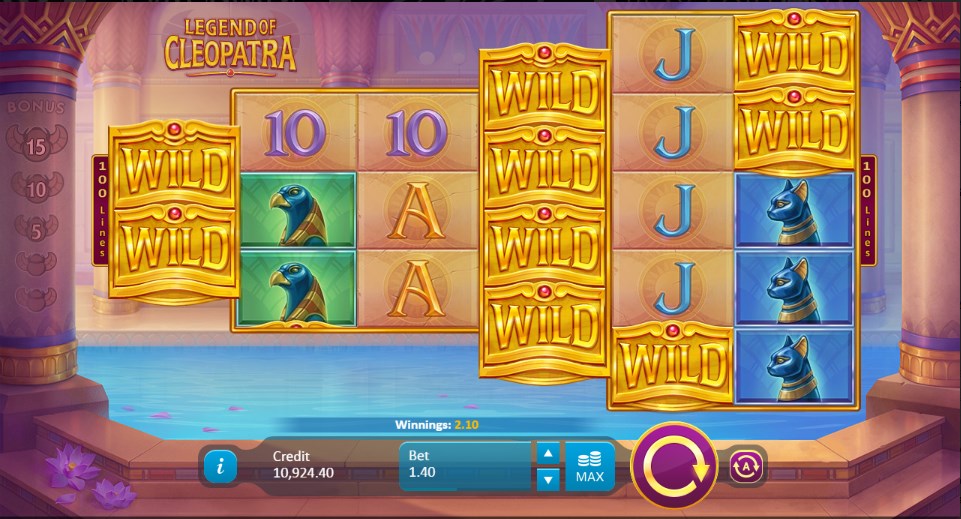 Free spin bonus will get up to 30 free spins with a changed playing field. The game is activated when there are at least three scatter symbols. Three symbols – 5 spin; four symbols – 10 spin; five symbols – 15 spin. During the activation of free spin, the game screen changes its structure and has the form of a field of 5x5x4x3x3x2 – which allows you to more often get good winning combinations. Two symbol scatters, dropped during the bonus game, will add 2 additional rotations. The Double Wild Reel function is also active during free spin. 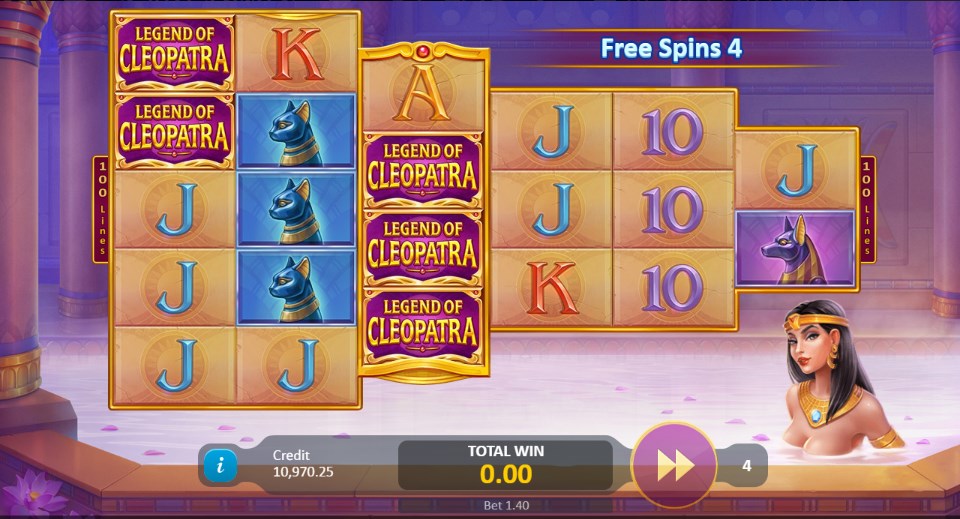 Slot Legend of Cleopatra turned out to be quite interesting and spectacular, bright design, quality graphics, simple and intuitive interface, as well as attractive bonus features, will not leave anyone indifferent.