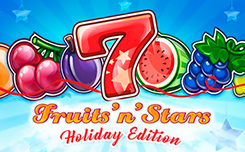 Playson decided to please the players with a simplified version of the already existing slot machine. As a rule, developers are releasing more sophisticated versions of existing slots, but this time the device appeared with simplified rules of the game.

The slot is equipped with five reels, there are five prize lines on them. It is allowed to place a bet on one line in the amount of 5 cents to 20 dollars.

On the screen you will see: lemons, cherries, plums, oranges, watermelon, grapes, and also lucky sevens. All images are covered with snow, which is associated with winter holidays. 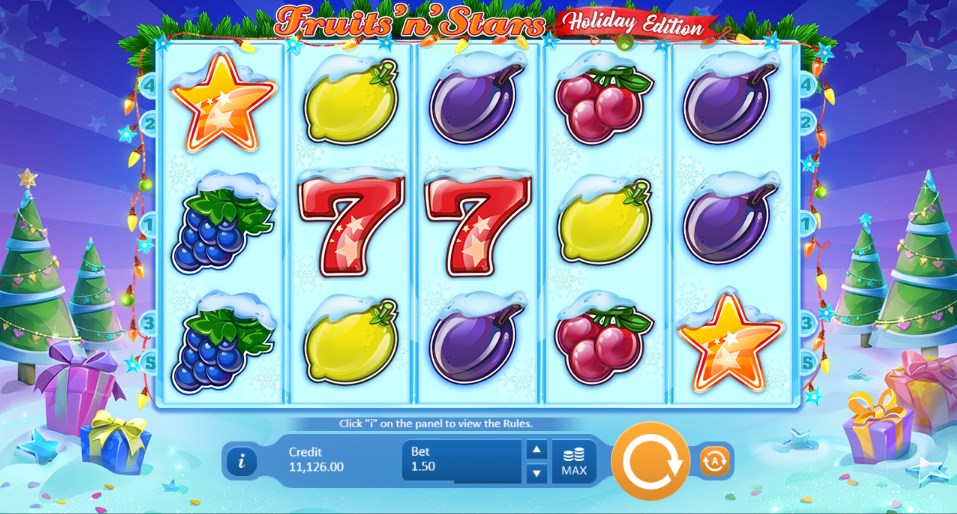 To form the prize combinations, 7 basic symbols are used, as well as one scatter. Standard pictures can make up paid combinations, if on one of the five lines will drop 3-5 identical pictures in a row. To get a prize for cherries, only two pictures are enough. 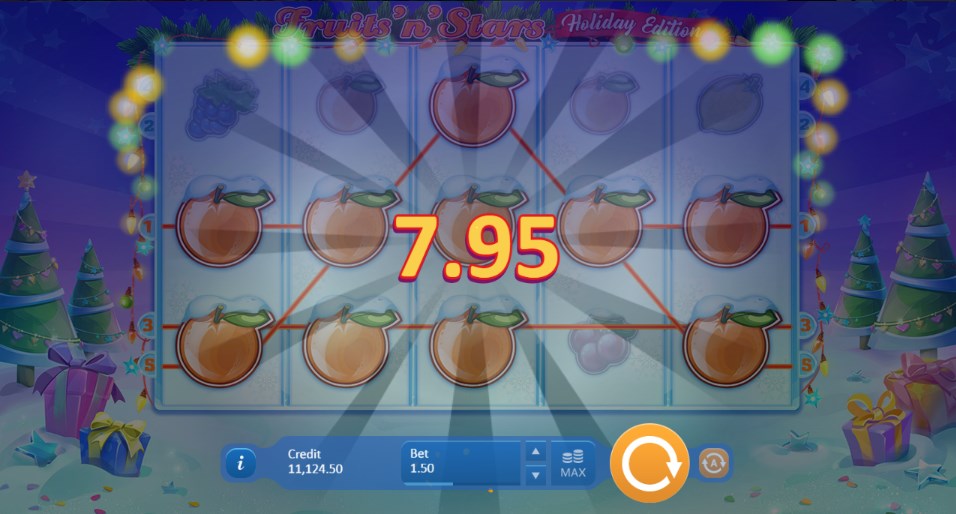 A special symbol is a star, it acts as a scatter. If the player collects at least three stars at the same time on the playing field, then he will be rewarded in the amount of the total bet multiplied by x2, x10 or x50.

For each combination has its own coefficient, it varies from x5 to x5000. This coefficient is multiplied by the amount of money put by the player on the line.