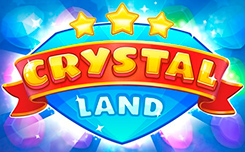 Crystal land – a new slot with a variety of colored crystals from the company Playson. 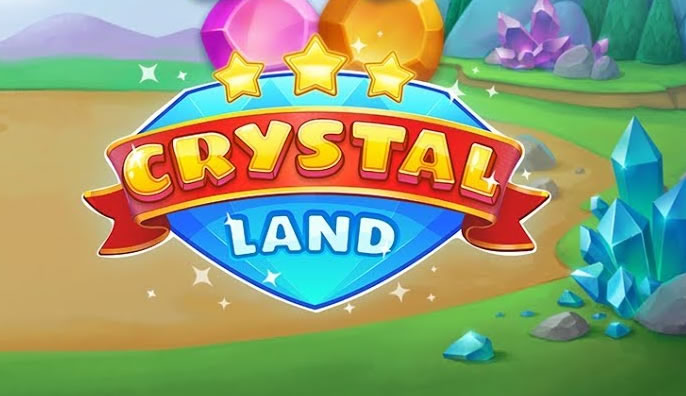 The first thing you pay attention to when launching the free game crystal land is a huge playing field of 7×7 characters, but at the very beginning some of the game characters are blocked and opened when you get winning combinations. From the bonus features of the new slot can be noted: Additional wild symbols, a bonus for exceeding the game level (in the game there are 3) and a bonus game with an additional win multiplier that can reach 9x.

Starting the game, note that part of the playing field will be blocked and opened by successive match of winning combinations for which it is necessary to collect at least 5 identical stones that will coincide at right angles in a horizontal or vertical cluster. Each second match will bring an additional wild symbol, and the last level triggers a bonus game with an additional multiplier.

When you start the bonus game on the screen will appear three chests with a multiplier, they will be hidden behind game symbols anywhere in the game screen, getting winning combinations you will free the playing field, the more chests you find the higher will be your multiplier. Also, look at the three secret bubbles on the right side of the screen, with each spin the activated bubble will change several game symbols that will have the same appearance. 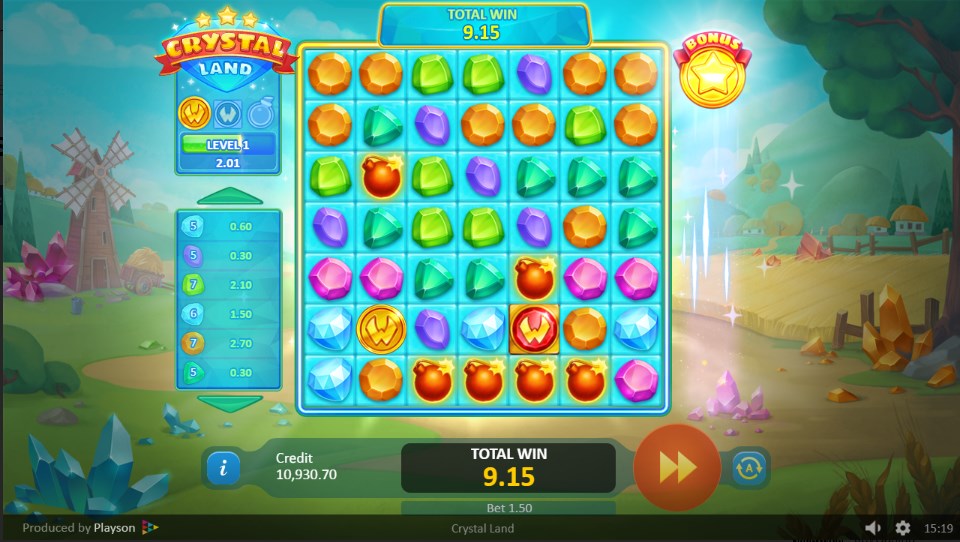 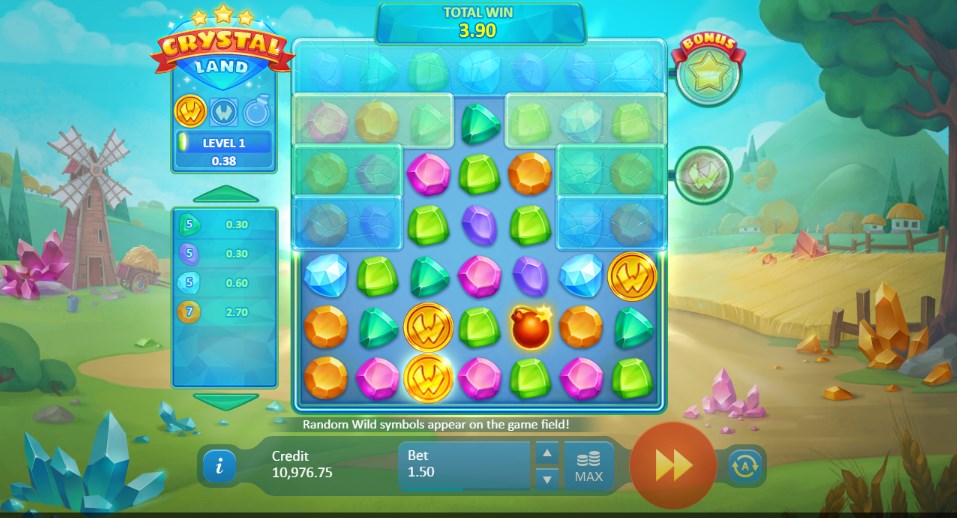 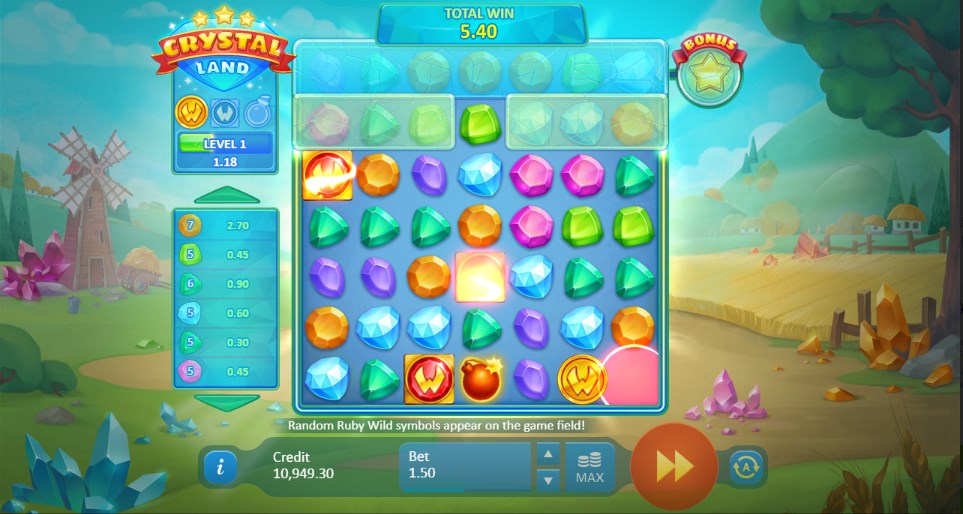 During the game, also pay attention to the current game level which is in the upper left corner. Each time the winning combination is collected, the scale will be filled and when the end point is reached, the Bonus level function is activated during which you can win a cash prize, an additional multiplier, or transfer the winnings to the next level, which is summed up with the subsequent one.